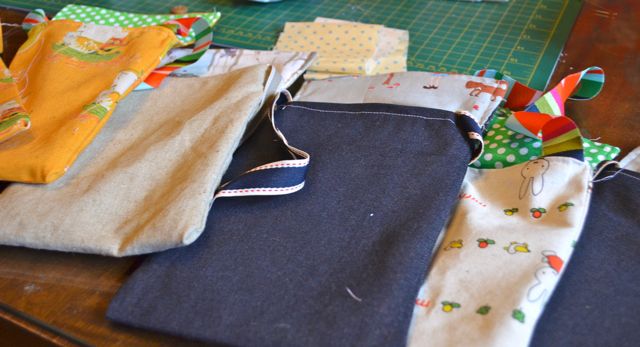 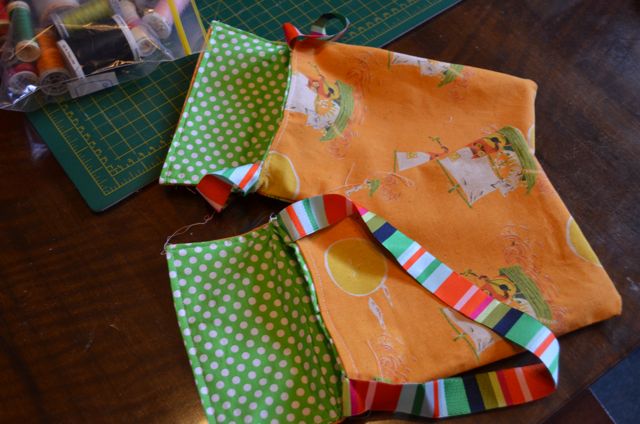 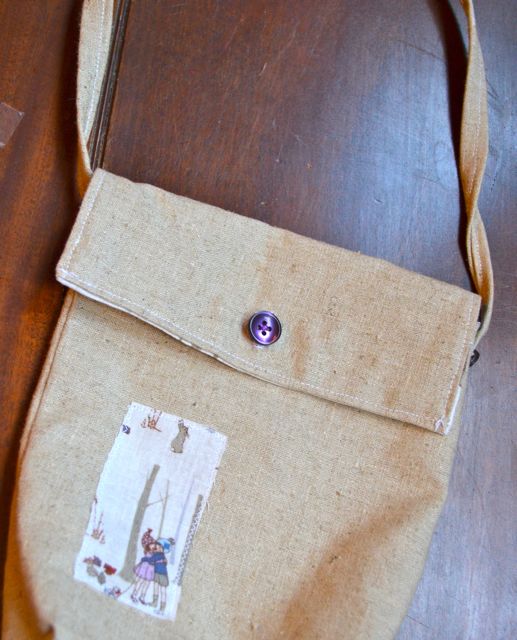 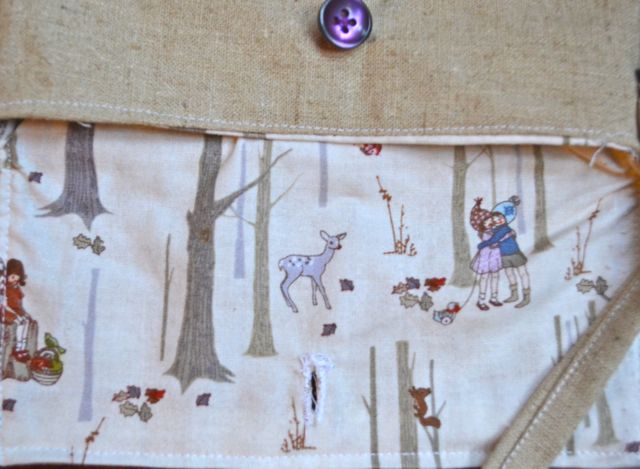 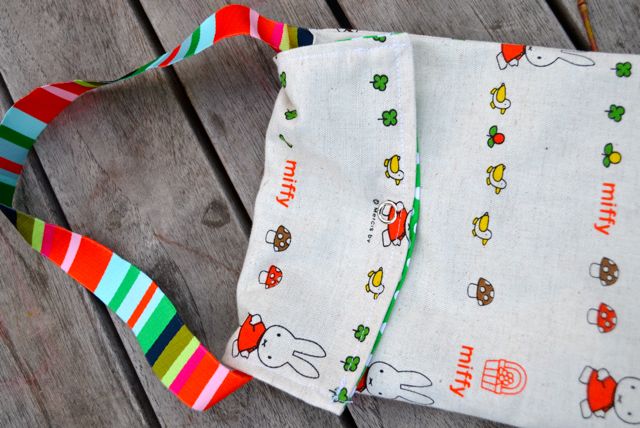 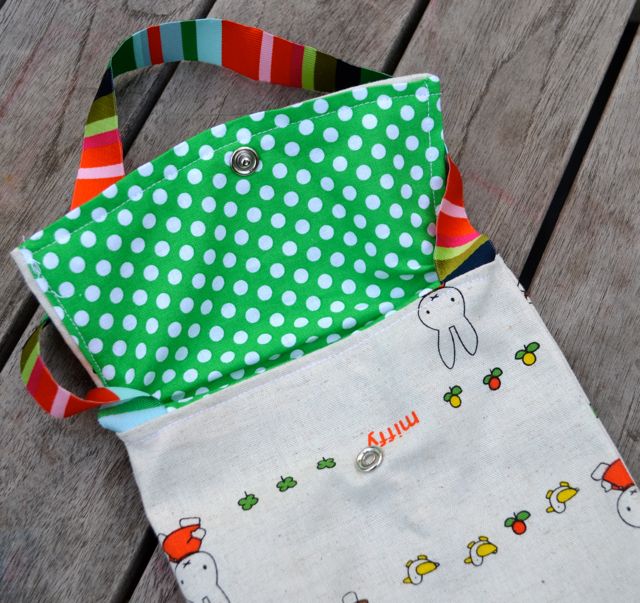 For Nina's eighth birthday she had a little sewing party. Four friends came over and we made bags. A few days before the party she was suddenly struck by doubts - what if her friends thought sewing was boring? As it transpired they all did really well. We didn't get to sew buttons on as everyone was getting hungry but we sent them home with little sewing kits in their party bags so they could do it themselves. How adorable is that fabric with the children and deer? A spontaneous purchase from Spotlight that I couldn't go past. The Miffy fabric I bought in Japan, and that Owl and Pussycat is an old Heather Ross which I have always adored.

For birthday cake Nina requested a pavlova with raspberries and blueberries. As it is past berry season it was the most expensive birthday cake topping I've ever encountered.

The bags themselves turned out reasonably well. Inevitably they don't look perfect and that was not the aim. I think the guests were pretty thrilled with themselves and I hope they had fun. It was quite a lot of work during the party itself, but the preparation was minimal - just cutting strips of fabric and setting up the room to accommodate seven sewers.

I've been thinking of offering to run a children's sewing party as an item in our blind auction at the school fete so this was sort of a dry run. My feeling is that I wouldn't want to do any more than 5 kids by myself, and wouldn't recommend it for children under eight. And maybe I'm not actually that altruistic to volunteer a whole precious day to entertain other people's children. Maybe it isn't the sort of thing that anyone would be interested in bidding on anyway. What do you think? If you weren't a crafty type who could do it yourself, would you want a sewing party for your child? I'll need to think about it some more.
Posted by Julie