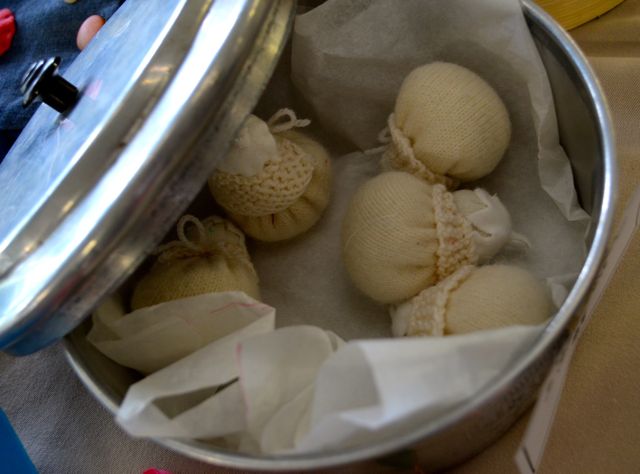 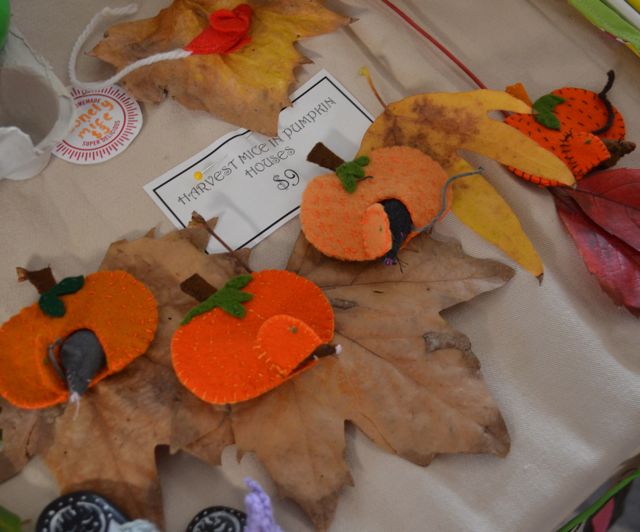 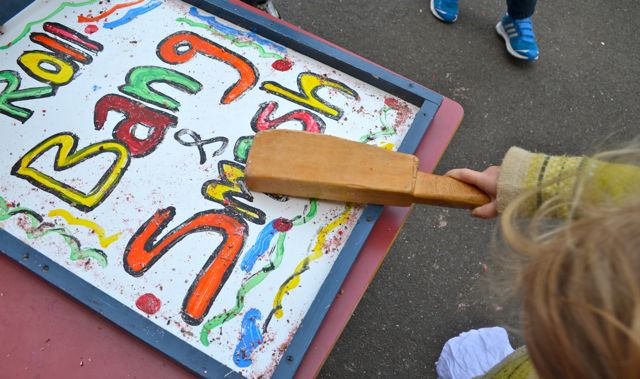 We had our school's annual Harvest Festival on Sunday. Last year I was in Hong Kong so I missed it. It was pretty hectic setting up the craft stall and trying to keep track of the kids - Craig had taken Ruby to the netball to see the Vixens defeat Central Pulse so I was on my own for most of it. The crafting community at the school is particularly lovely and generous, with time and skills and donations of beautiful goods. I hardly got any photos, but we did come home with a few crafty goodies made by talented folk. The choir performed their usual eclectic selection of songs, an enormous mound of pumpkins walked out the door under arms, god-knows-how-many gallons of pumpkin soup was consumed and I'm pleased to say that all my little felt veggies sold, as well as an astonishing number of beanies and scarves (thanks for the cold day Melbourne). Lily tried and failed to smash that jaffa, I had some truly delicious cheese and left five and a half hours later thoroughly exhausted.