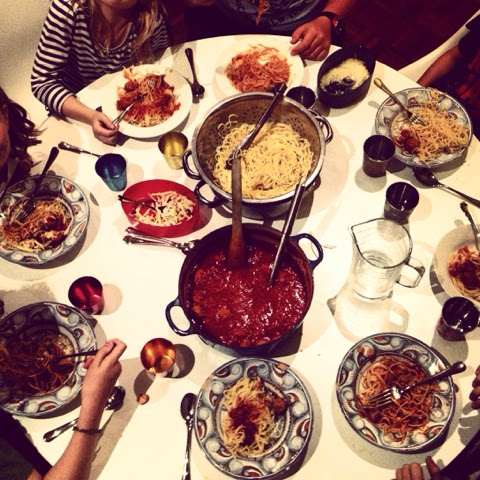 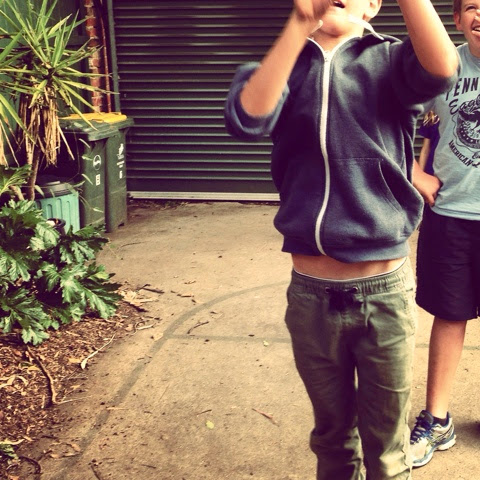 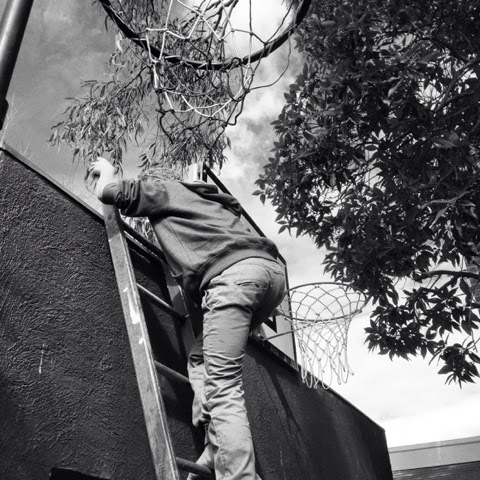 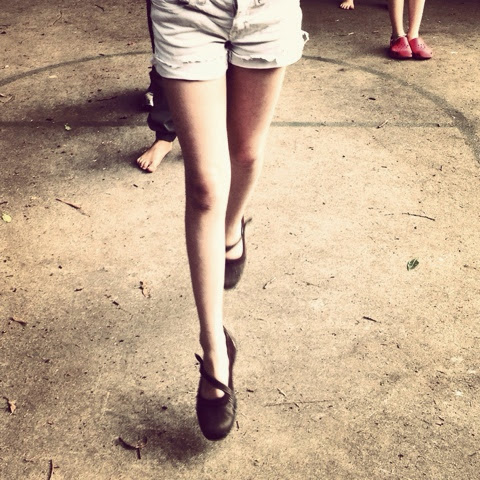 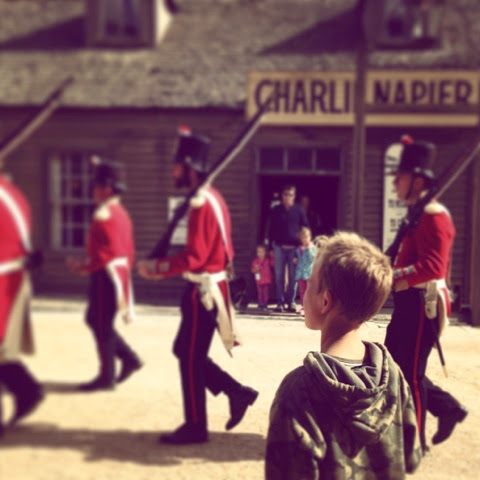 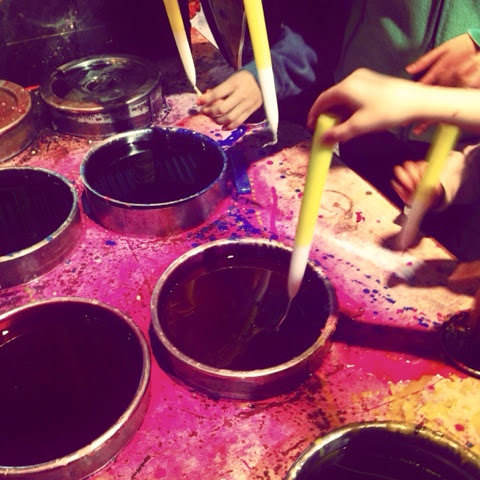 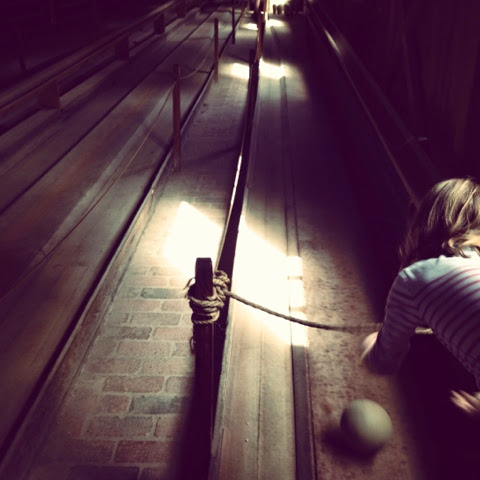 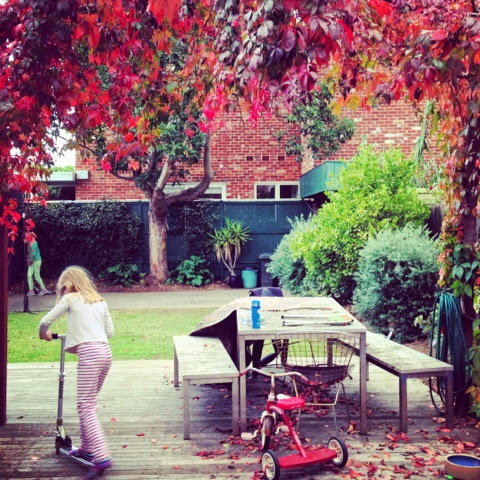 My brother's family visited us this school holiday. It has been two years since we've seen his four boys, but it might have been two weeks. The kids slot back together in that uniquely cousiny way, taking it for granted that they'll get on, find common ground, have fun. I love that his boys seem to spend most waking hours kicking or throwing balls or trick jumping scooters, which encourages my girls to follow suit.  Hours and hours were spent shooting hoops, even Lily, atop her cousin Ben's shoulders, joined in and shot her first goal. Many many trips were also had up the ladder to the shed roof retrieving balls but that was most definitely half the fun.
We spent a day at Sovereign Hill - tragically unable to get in a photo session as they were fully booked, dashing my hopes of a snap of my four girls and four nephews in 19th century miner's garb. We did get to dip candles, go bowling, and get names stamped on horseshoes and in 'Wanted' posters. It's the same old fun it ever was and the kids loved it.
Such an interesting and different energy, having four boys around. There are so many  similarities and so many differences. I just wish they lived closer.