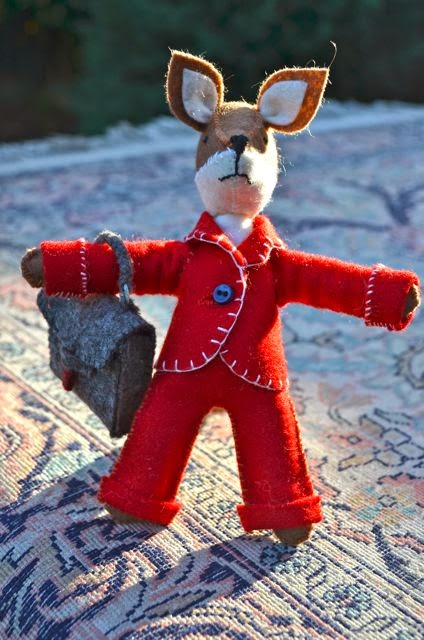 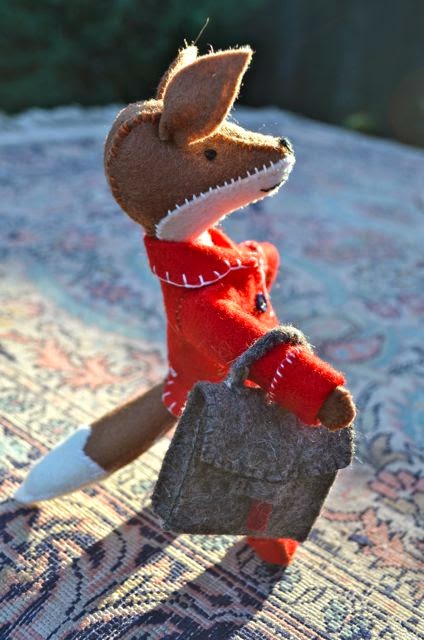 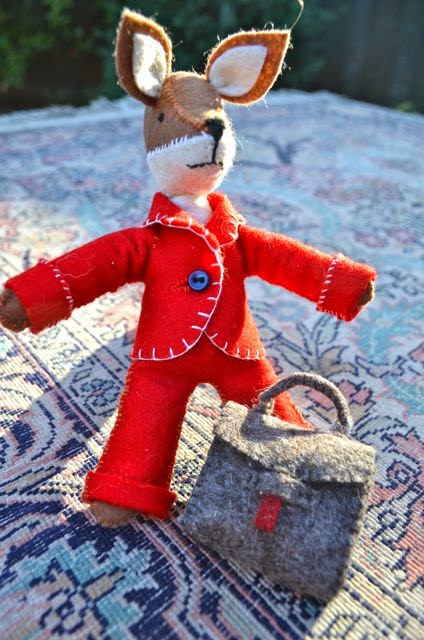 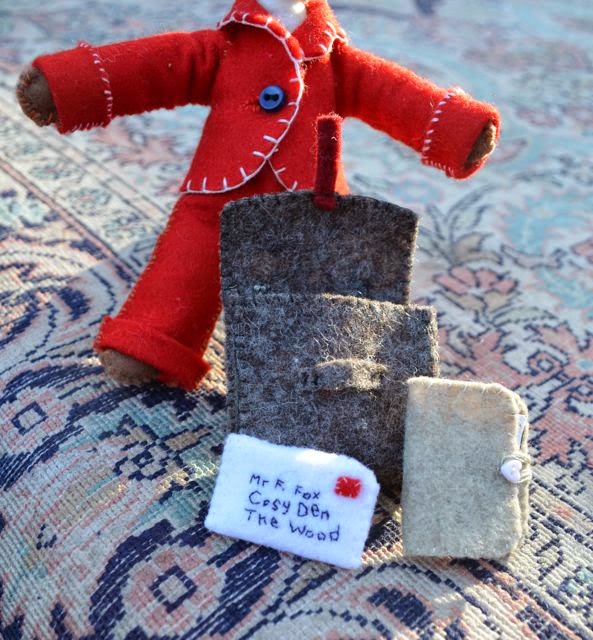 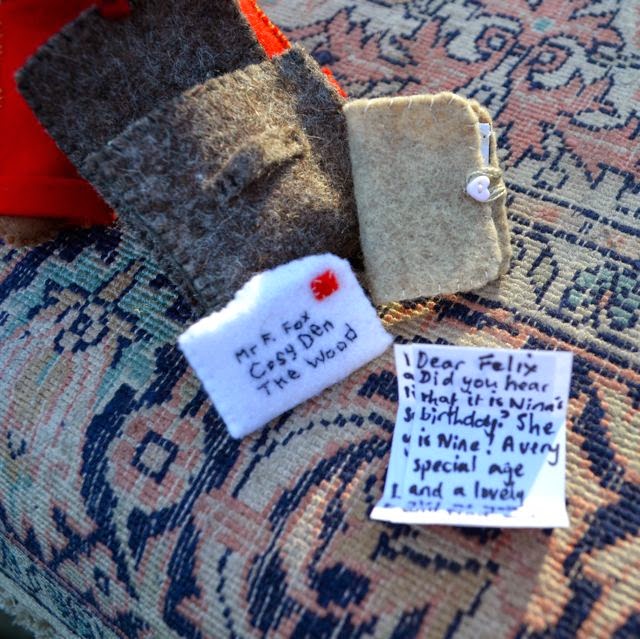 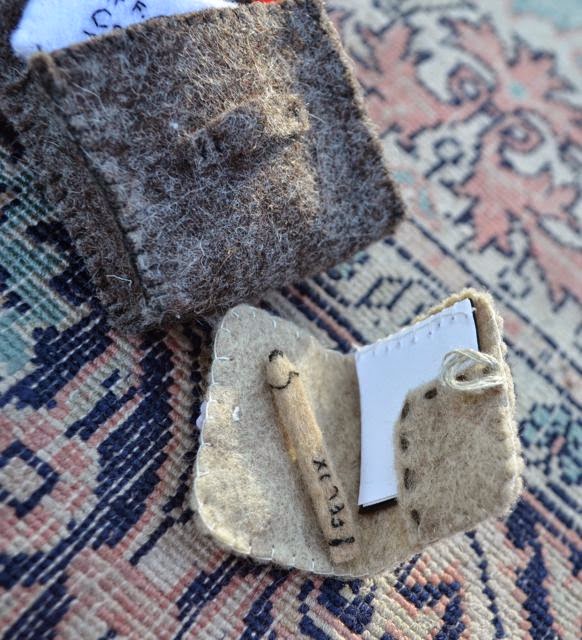 I saw a pattern for Felix Fox, by Cynthia Treen Studio at my local fabric stop in Jamaica Plain last year.  How far away and long ago that already seems.  I bought the pattern, meaning to make it for Nina for Christmas but there were visits to New York and Washington and things to do that meant sewing took a back seat.  Also the pattern called for pipe cleaners to be inserted in the arms and legs for positioning and I couldn't for the life of me figure out where to buy pipe cleaners in Boston.

Instead I sewed him up for her birthday - I would have liked him to be a bit more orangey, but the only orange felt available at the time was a bit bright, so he is brown instead.  And for some reason his smart red suit looks rather like pyjamas, but that's okay.

I added the satchel, felt envelop with letter from Mousie Brown, and folder with tiny presonalised pencil and miniature note pad.  This is so very up Nina's alley (and also so very up mine).  I did try to make a cat (but without a pattern) for Ruby, but that is still a work in progress.  My first attempt came out as a possum/rat/bilby cross.  Definitely not feline.
Posted by Julie