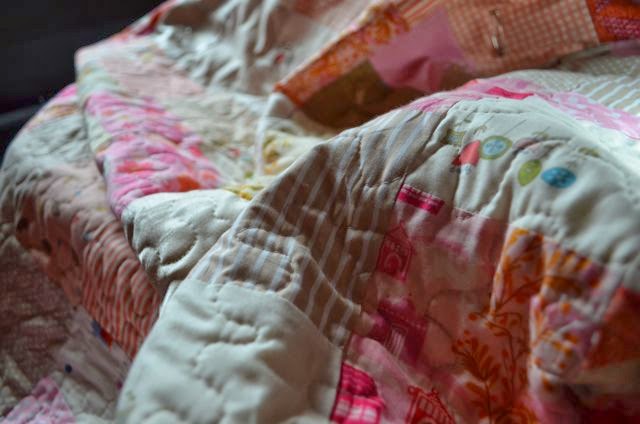 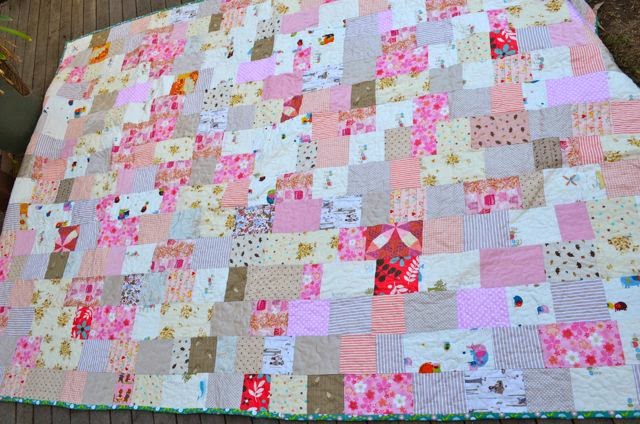 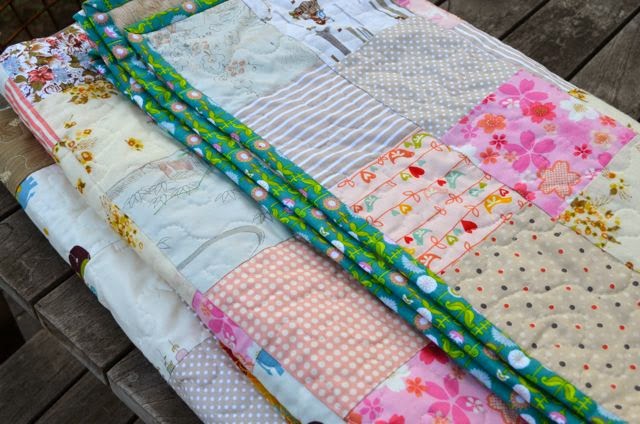 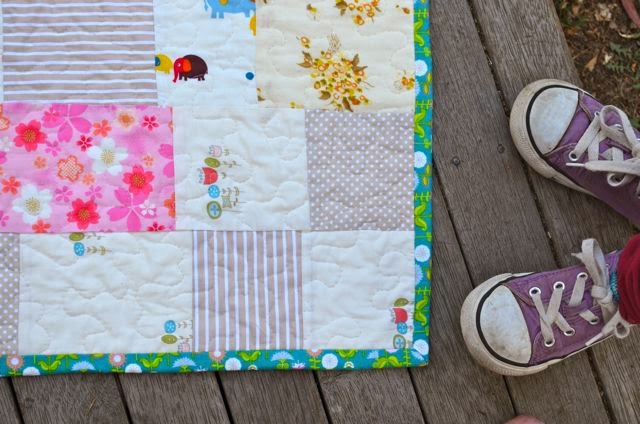 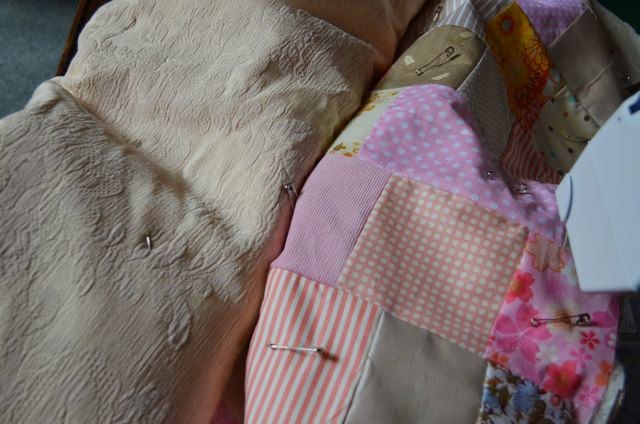 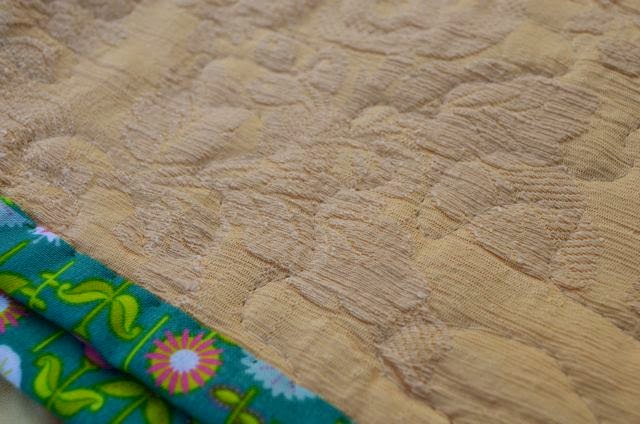 After making this quilt in seven evenings, I thought I'd try to repeat the feat and discovered that my next attmept was even quicker. This one took only 5 evenings and an afternoon, though one of those evenings was pretty long. It's not that I'm trying to beat any records, it's just that I do find these quilts so terribly satisfying to make, and I strongly suspect it's because of the lack of precise cutting and measuring involved, two things I am not very good at and lack patience to become good at. Really I should just stick, in all my crafting endevours, to things that are meant to look scrappy and rough. I just can't seem to do neat and precise, which is why I've never made adult clothes, including anything for myself. With kid's clothes, an elastic waist band is entirely acceptable, at least until the child is six or seven, and an elastic band can hide many flaws. Anyway, that is all about to change as I attend a Thread Den class this weekend to make an A-Line skirt for myself. I'm a little bit daunted, actually, but also looking forward to it.

Anyway, back to the quilt.  I got this fabulous large piece of cream fabric from a garage sale for $1. It was calling out to be a quilt backing, even though it is much heavier than quilting cotton. Its weight gives the quilt a wonderful heaviness that I love. I don't know what you call this type of fabric, which has a pattern that is raised on one side. Is this flocking? I don't think so, that is more little velvety bits on wallpaper, yes? I want to call it brocade, but suspect I'm wrong about that.
(edit - My friend Mere, a fabulous textile designer, sewist and artist, tells me it is jacquard.) Anyway, I've rather a lot of pink fabrics in my stash, and thought I'd do a very girly, pinky, creamy quilt in the same scrap bag fashion as before. This time I was even more random (in the true sense of the word and not the way my children use it to mean strange or unexpected or weird or surprising) in the selection of fabrics, chain piecing each strip (first in twos, then chain piecing each pair, then each four and so on) until each row had 20 pieces of fabric. Surprisingly, even though I used this method, the colours tended to clump together so it almost looks like I was following a pattern.  Even so, this random method is at least as succesful, in my view, as my attempts to carefully place each square and get a perfect balance.  Though in the photo above the red square next to the largish darkish pink square appears to dominate, I think that is just the angle of the photo and perhaps the light, as in real life it doesn't stand out so much.

I quilted it in a free motion stipple and bound it in green flowers.  I love lots of things about this quilt - the backing, the bidning, and many of  fabrics.  I certainly loved making it.  But overall it is probably a bit too traditionally girly for my taste.  My girls like it, though Ruby commented that it was a 'bit pink'.  For Craig is was way too 'crafty'.  It won't be hanging around our house, anyway, so it doesn't matter greatly.  It will find a home, I hope, somewhere where it is loved.
Posted by Julie