Craig took the big girls to Sydney on the train this weekend. Having two kids out of the house changes things in interesting ways. I'm reminded of that Play School standard about the little old lady whose house was a squash and a squeeze. She was advised to bring all the animals inside which made things even squashier, but then, after she took them all out again, the house seemed just the right size.

When I only had two children, I'm sure that a weekend alone with them wouldn't have seemed like a holiday, but now, with Ruby and Nina in Sydney, having just Grace and Lily is a breeze. 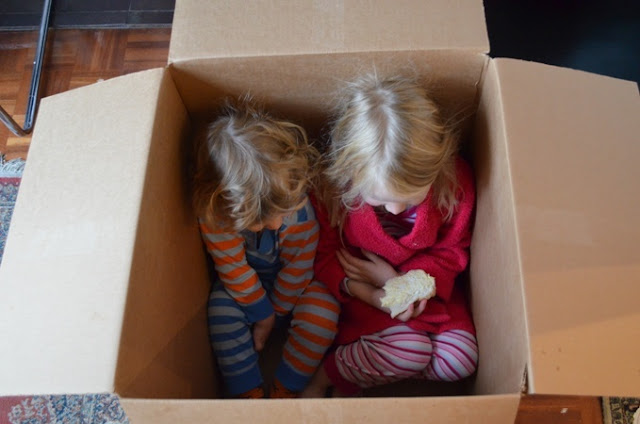 They've spent a lot of their time playing in a large box. They mostly get on very well, these two, and aside from occasional cheese sandwiches and requests for milk, don't make a lot of demands. 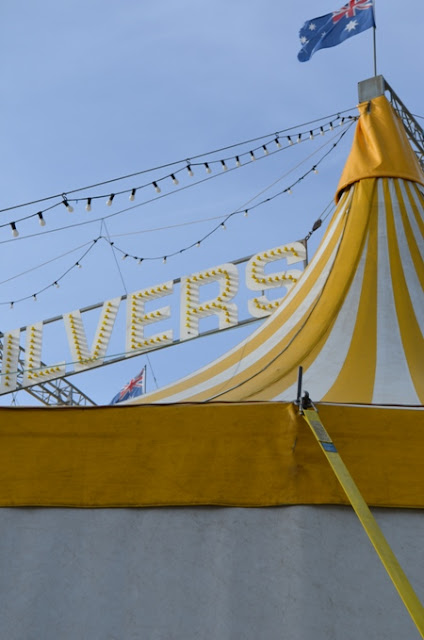 As a blatant bribe to Grace to not be upset about missing out on the Sydney trip, I bought tickets to the circus - or 'lircus' as Lily says, still unable to pronounce her 's' (should I be concerned about this? I confess to finding it utterly adorable - we now all call it the lircus).


It wasn't a hip 'circus arts' type circus. It was an old school circus in the car park of a distant suburban shopping centre, in a cold big top that was less than a third full.

The men and women were skilled jugglers and tight-rope walkers and hula-hoopers and magicians and the children loved it. I came away with the slightest feeling of depression, ruminating on how tough it must be for these performers to make a living, the years and years it must take to hone their skills to receive only desultory applause from jaded youngsters. They must do it for the love of it - after a turn in the spot light, there they are selling you a hot dogs and showing you to your seat. I worry that these old circuses won't survive. I'm sitting there, doing the numbers. Most of the audience are children who pay only $25 a seat. There wouldn't be 200 people here, and even if they all spend an extra $10 on drinks and food, can the return possibly pay the wages and the set up costs and the public liability insurance and and and. I guess they're tough, these circus folk. They've weathered hard times before, they'll do it again. I hope.