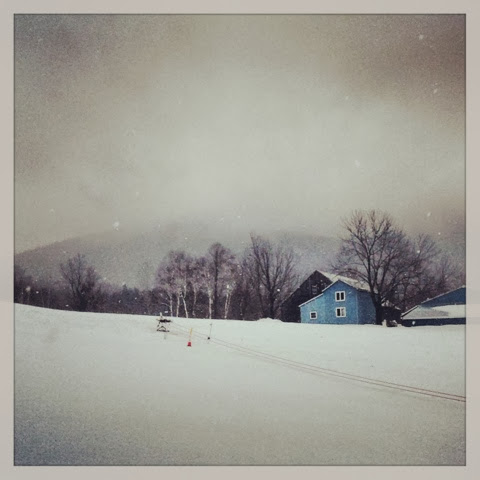 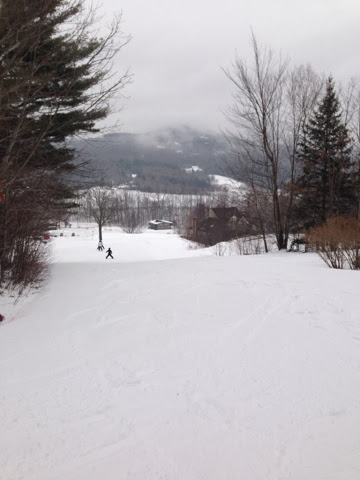 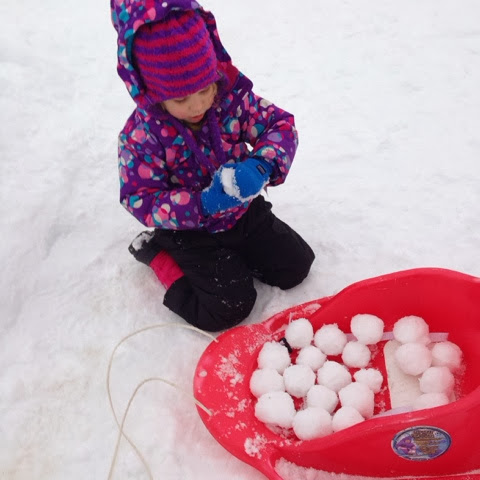 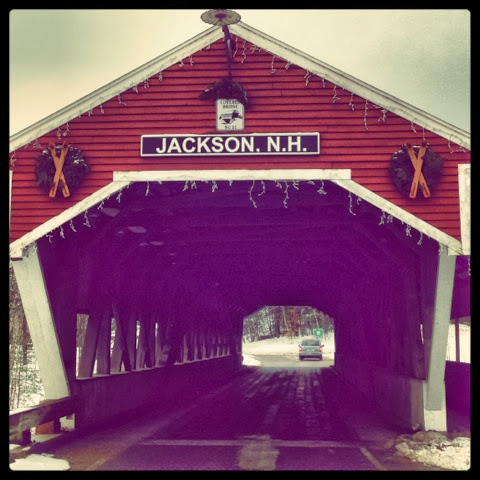 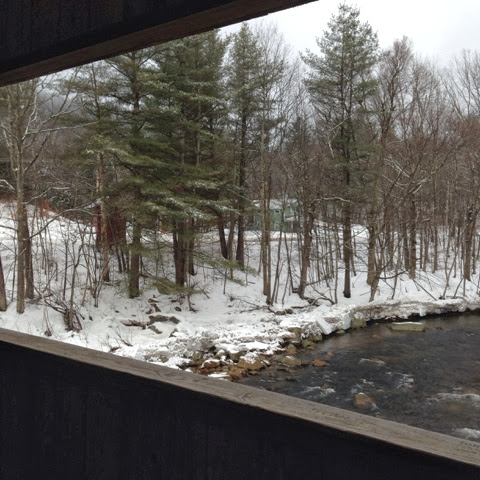 It snowed all day yesterday but it wasn't cold, or at least, not cold by recent standards, and once again we had Black Mountain nearly to ourselves. The three older girls raced around, zipping up the chair lift and down the mountain. I managed to get myself up a slope on the pommel (or platter pull as they call it here) and down again three times, only once falling over in a graceless heap. Falling is hard when you're 40+, each bone, each tooth, each hair feels like it's jolted out of alignment. Also I absolutely could not get up and eventually had to take my skis off.  So for me the skiing remains elusive. I feel only vaguely in control and constantly at the precipice of losing it, which is not much fun. It reminded me of eating a very bony fish - so much work that you can barely enjoy the flesh when you finally get to it.  I don't mean to sound like a killjoy, it was still a lovely day in beautiful mountains and Ruby, Nina and Grace were so sweetly keen to help me out and show me the ropes, and patronisingly understanding of my lack of prowess that it was quite adorable. Grace assured me that she too had fallen over plenty of times and they all said 'you're doing really well' and 'you're only learning' in just that tone of voice I recognised from years of using myself.
We had a good dinner in the Shovel Handle Pub, a great old wooden pub so-called after early ski tows that attached a shovel handle to a pulley as a rudimentary way of dragging skiers up the mountain.
Today we are back in Boston after a lovely drive through the same picturesque country we couldn't see on the way up. We drove very close to the town I lived in more than 20 years ago as a teenager. We didn't detour in, which I sort of regret.     I'm never sure whether it is better to revisit the past or leave it to memory. I don't know anyone there any more and wasn't even sure I'd be able to find my way around. The school my father was teaching at has changed it's name and, I imagine, most of its staff.  We hurtled back to Boston where the sun was shining and teams of strapping young men were running in groups through Cambridge along the Charles like something out of a modern day 'Chariots of Fire'. The car rental place was in Harvard Square and we passed the visible endowments of the world's richest university; the stadiums and arenas and boat sheds that $30 billion can buy.  We caught the T home, crammed in with the weary folk looking forward to the long weekend (it's Martin Luther King day on Monday) who never fail to give up a seat for the kids. We are all feeling a little melancholy as our time here draws to a close. New Hampshire was definitely a highlight, though there have been so many it's hard to pick. I do feel that I could happily live in the mountains in one of those beautiful farm houses painted blue, with a red barn, and canoe in summer, skate the frozen ponds in winter and chop wood all fall.
P.S. The title of this post is New Hampshire's state motto.
Posted by Julie