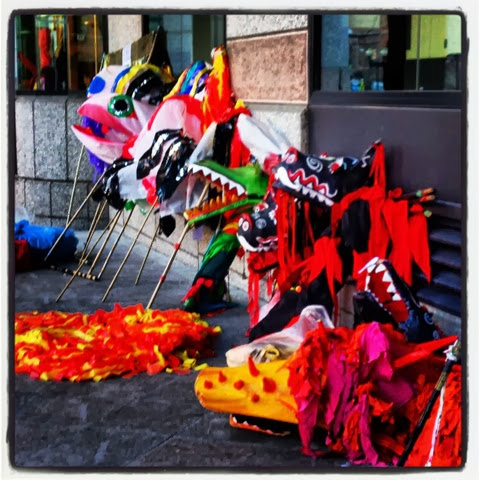 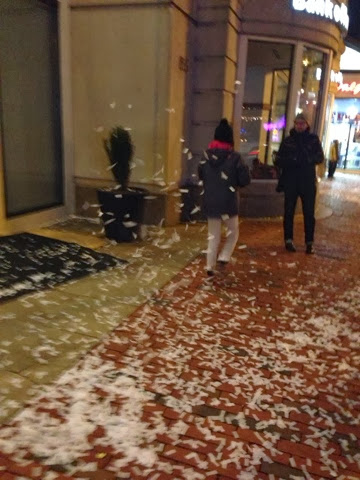 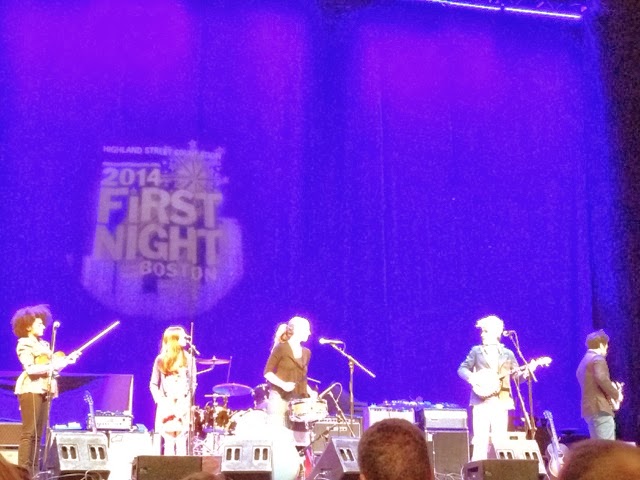 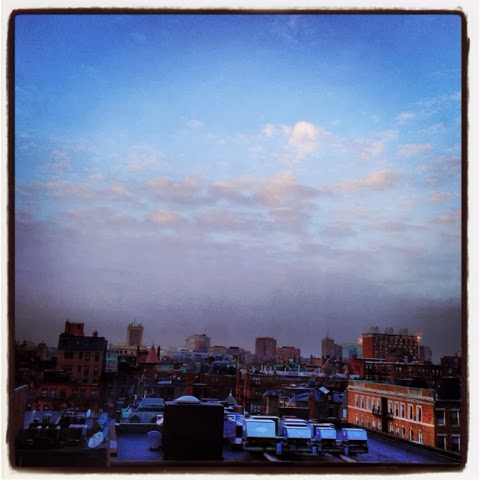 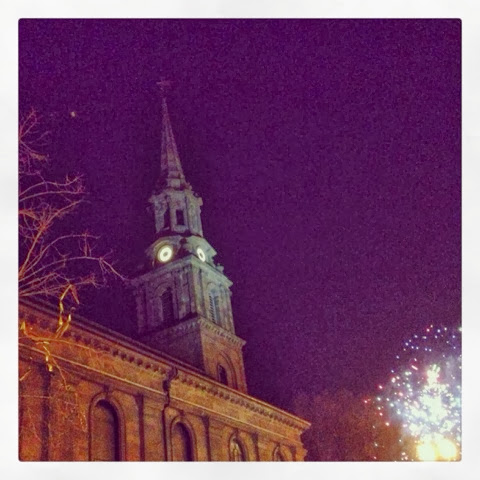 We caught the preparations for and the ticker tape aftermath of the New Years Eve parade, but we missed the parade itself. We were too busy watching the magic shows, the puppetry, the BMX spectacular and (best of all) Dan Zanes that were all part of the First Night celebrations that Boston puts on for New Years Eve. I caught the last light of 2013 over the Back Bay rooftops and then we headed up to the Common for the family fireworks. The girls were still hungry when we got home so we had a  late pasta supper and then Craig and I quietly saw in the New Year whilst booking our travel to and accommodation in Washington for later this week.  It was very cold, minus 8 C, a far cry from the BBQ at the beach with friends and their kids, drinking red wine and toasting marshmallows on a campfire (when it's not a day of total fire ban) which is how we've rung in most new years over the past decade.
Apart from our visit to Washington, we are planning a road trip in New England. It's an exciting time, the beginning of a new year, don't you think?  I think 2014 will be interesting and challenging and not entirely an easy year. But easy is overrated. For those of you who visit here regularly, or occasionally, I hope 2014 is everything that you want and, if not, that it's everything that you need.
Posted by Julie