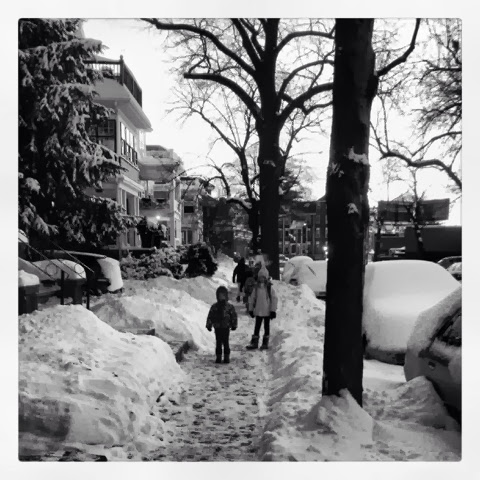 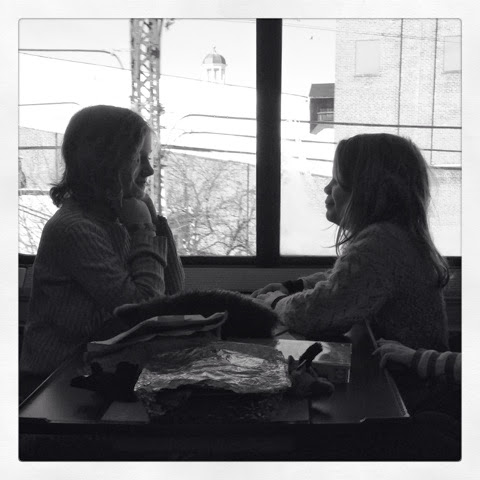 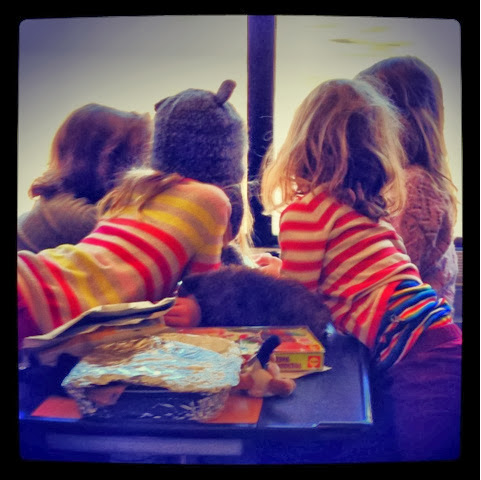 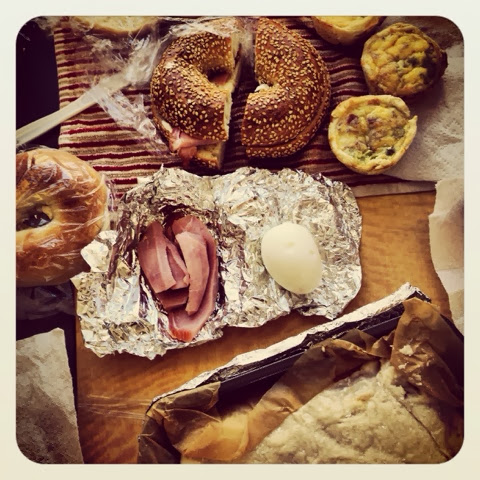 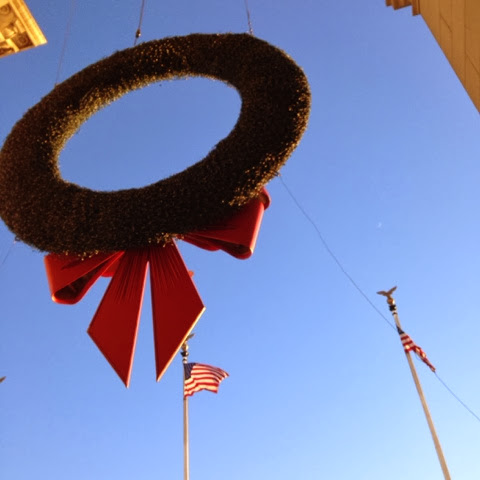 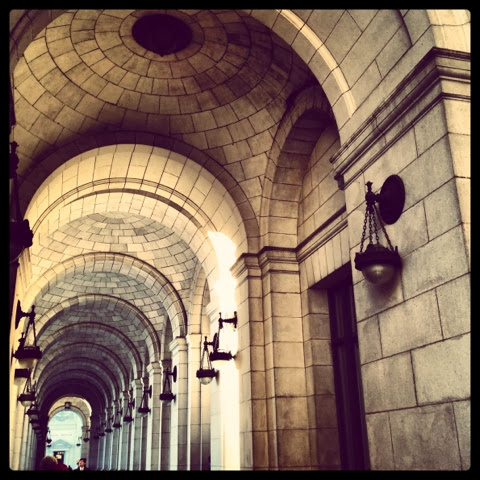 Every time we drive home from the beach, we take it in turns to choose the song we want to listen to. By the time we cross the Bolte Bridge it's late and all the kids except Ruby are usually asleep. Without fail, by the time we get to College Crescent and drive past the cemetery, certainly by the time we're in Alexandra Parade, we turn on 'D.C.' by Died Pretty. One of my favourite songs ever and something that so completely captures a time and a place and a feeling. Joy, love, a little melancholy - usually how I feel after a weekend at the beach.
Of course that song has nothing at all to do with Wahongton D.C. which is where we are now. I had to capture some snippets of our day which was mostly spent on the train, because it felt kind of historic. Leaving home was 20 below zero (minus 4 F). Even in our good gear it was seriously cold. Cold enough that New Englanders who take a certain pride in their cold winters were all commenting at the station. 'I don't remember it ever being 4 below, do you?' Asked one man. Well no, no I don't. It was a bit exciting, as extreme conditions anywhere are, bonding communities together as they face a common hurdle. The news was full of dire warnings about frostbite ( takes as little as 3 minutes) which set Ruby off into a minor spiral of anxiety. There were instructions about how to layer effectively for the cold and what to do with your pets ( unsurprisingly leaving them outside is not recommended. No! Really?).
The downside of the weather was that our progress was delayed an hour and a half and we regretted paying the extra to take the express (6.5 hours) when it turned out to be the same 8 hours as the standard train. We shouldn't complain though. There were people getting on at New York going to Washington to catch flights that had been cancelled out of JFK, and others who had been diverted from international flights to Toronto.
After 8 hours we has further kerfuffle getting on the metro. We've barely caught a taxi in the US as the public transport is so good and taxis usually can't manage all 6 of us. Finally, ten hours after we left home, we arrived at our hotel. We had the usual joyous reaction from the girls to hotel rooms everywhere (I'm not being sarcastic either). However modest they are, the kids just adore those folded towels, hotel notelets, pens et al. It's kind of lovely the way they are so delighted and so completely not jaded by their hotel exposure. Their very favourites are hotels with breakfast included so all is good.
Tomorrow we have 'freezing rain' to look forward to. The nightly news explained that this is when rain freezes as it hits the ground. Joy! But with nineteen museums (19!) just in the Smithsonian to explore, we've plenty of indoor options.
Posted by Julie