Written and illistarted by: Ruby

When I was little I always would go to the backery with mama or darty and bye bread and the lady at the counter was very nice and she would give me a free roll every time, and say "you really are little Miss Australia". Or something like that.

But you see, her boss did not like to give away those lovely rolls so when she served I did not get one.

Now the lady had had good talkings to, and was worried that her boss would fire her. Now mama was pregnent with Nina at the time.

Any way, she had babys and went to look after them and we didn't get rolls any more and I suppose thats just the consaquense of being so selfish.  But now I'm not 2, now I'm 8 and I'm not selfish over those things anymore.
by Ruby
the End 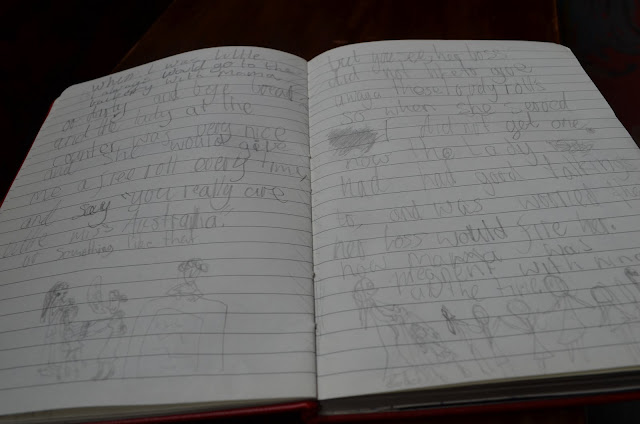