I am  interested in the different ways in which children draw and develop their own sense of the world and how to record it.
My girls have, inevitably, been inspired by each other, but also have their own distinctive styles.  With Grace, my third daughter, I am especially enjoying the familiarity of seeing each stage emerge - the move from scribbles, to scribbles with names, to form, to the adding in of details (eyelashes, cheeks, fingers) -  as well as the uniquely 'Grace' way she has of doing things.

Rainbows are a common theme in her drawings at the moment, as are flowers and stars.  Those three fingered hands kill me.


I like that anatomical correctness is not important.  Soon enough she will never draw a person without arms but this girl is right, just as she is.  The conforming of the child to artistic conventions is always slightly heartbreaking.

﻿﻿
When granny was minding her, Grace thought it might be useful to draw a map to show her the way to our local shops.  Sometimes she brings her various maps when we go out and instructs me; "just around this corner, yep, and then another corner, yep, here we are".

One of her first autographed drawings.  It's a great day indeed, in the life of a child, when they can write and recognise their own name.  Now she points out letters that occur in her name that she sees in other words.  It's a cause for excitement each time. 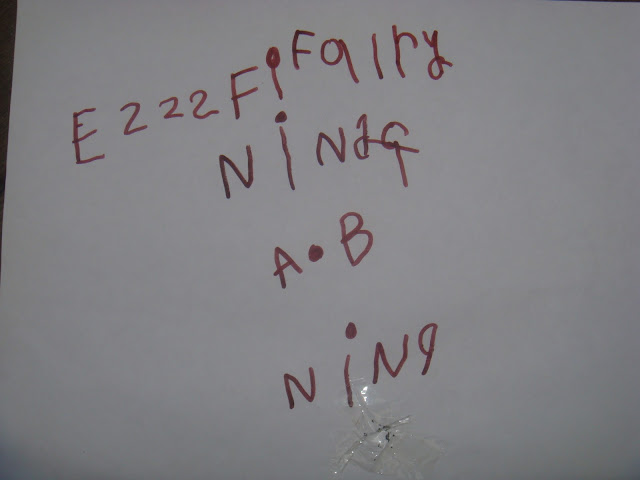 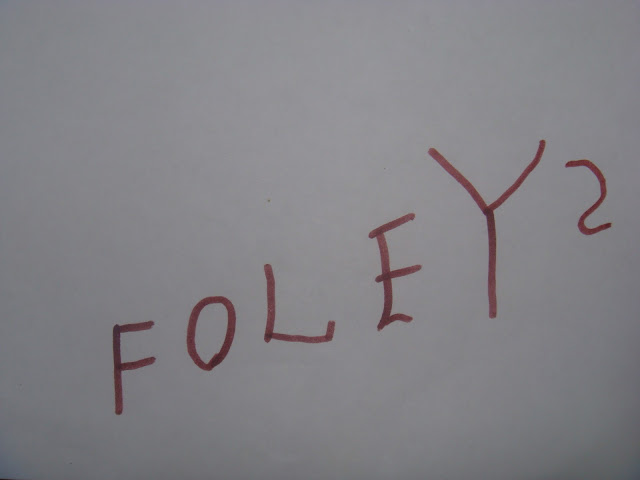 Once she mastered her name she moved on to copying other words.  'Fairy'  and 'Nina' were obvious, but 'Foleys' was a mystery until I realised it is on a free mouse pad I use.

Now that she is a confident drawer she can join in games of Pictionary.
She was insistent that the Prince be doing the raking.  And look - five fingers!  It's happened already.
On the Monday she turned four, on the Tuesday she rode a pedal bike without training wheels for the first time and just took off, on the Wednesday she went to kinder, kissed me and said "I'm going outside" without a backward glance.
Posted by Julie