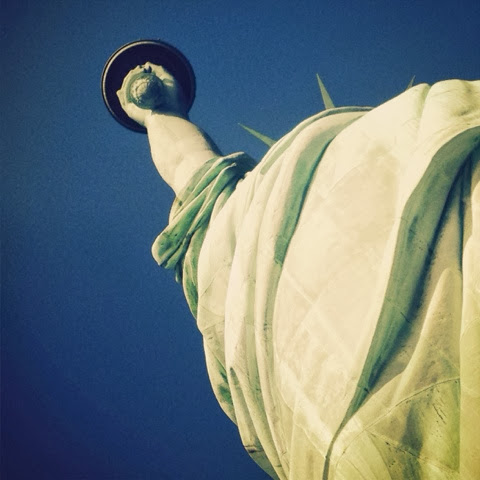 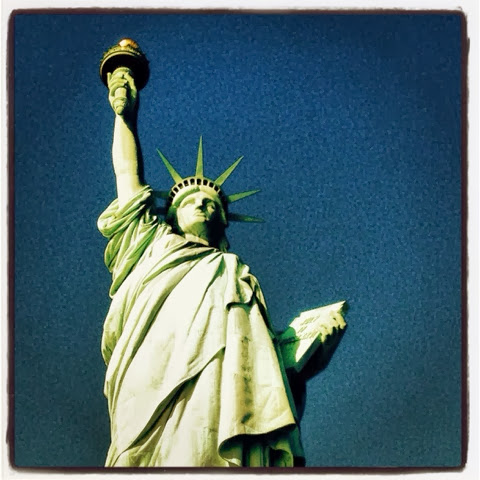 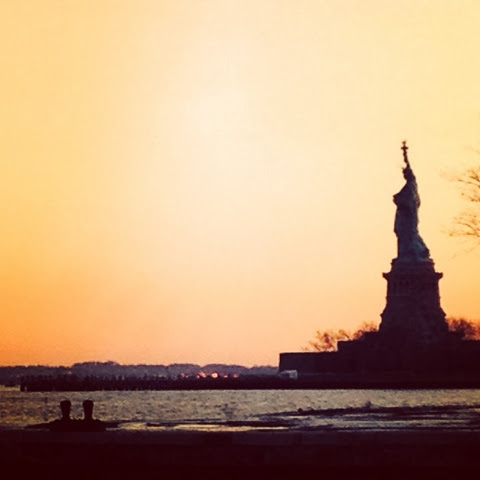 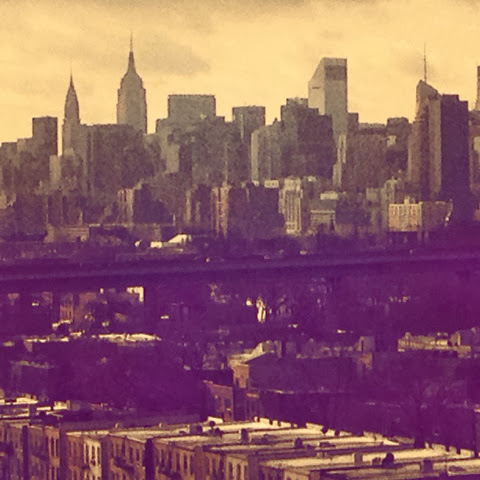 Just in case it isn't obvious from the photos we are in New York. Having four little kids and two septuagenarians with us means that dashing all over town and taking full advantage of the night life on offer isn't quite possible. But I have long since understood that parenting is, in part, a lesson in accepting limitations. So we won't get to everything and I won't be able to spend hours wandering around the Whitney and the Frick and I might be lucky to even get to the Guggenheim, but there will still be moments, however fleeting, of magic.

Yesterday we took the ferry across to Liberty Island. Though her image has become almost hackneyed, in real life she is both impressive and profoundly moving. We had clear skies and sunshine to take the edge off the minus 3 day.

x
On Ellis Island we walked through the hall like more than 12 million had done before us. The museum is still recovering from Hurricane Sandy and most of the exhibits were closed, but a sense of the immigrant experience, the beauty and terror, was still present. I was annoyed that we missed an earlier ferry home, but how fortuitous that turned out to be.  As we boarded the later ferry the sun was setting over Lady Liberty. We oohed and ahhed and then, in the still blue sky, a huge full yellow moon rose over Manhattan. It was there only moments before disappearing behind the skyscrapers. The ferry, filled with sightseers tired after a long day, suddenly came alive. There was an audible gasp as everyone rushed outside into the biting cold to capture it, either in mind or on camera. I tried but failed, my shots show a blurry washed out disc partially visible by a building. But I can see it now in my minds eye - one of those brief moments that exist only for the few who happen to be in the exact place at the exact time.  The captain slowed the boat and announced in his New York drawl 'there you have it ladies and gentlemen, the moon over Manhattan'.  It acted as a tonic on the passengers. We were all newly invigorated, talking and laughing, aware we were the fortunate few.
Posted by Julie