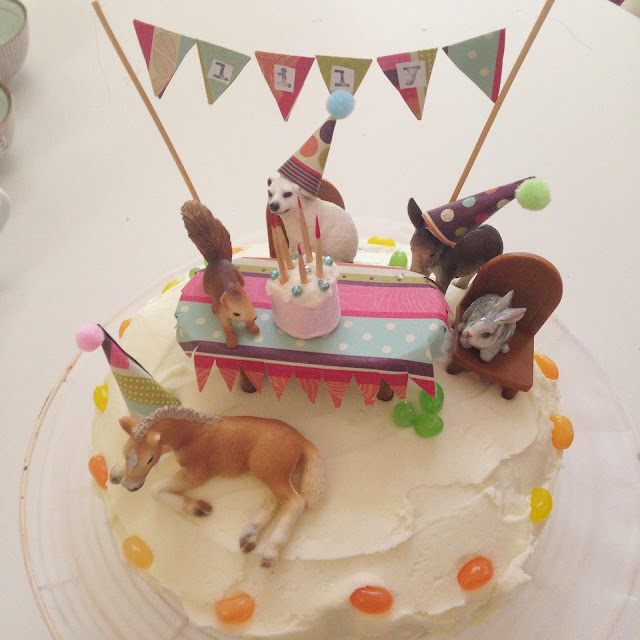 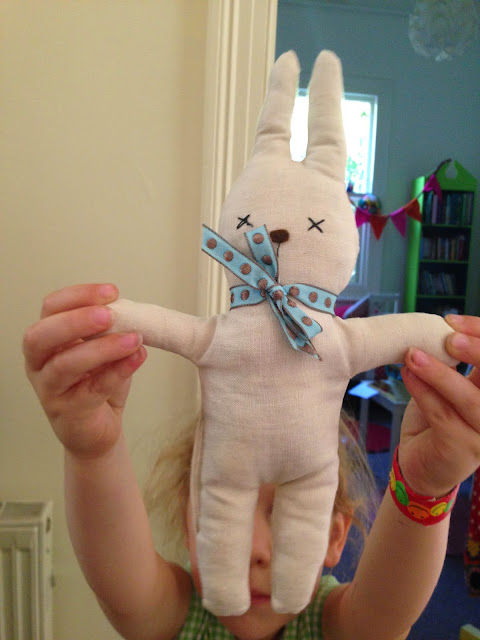 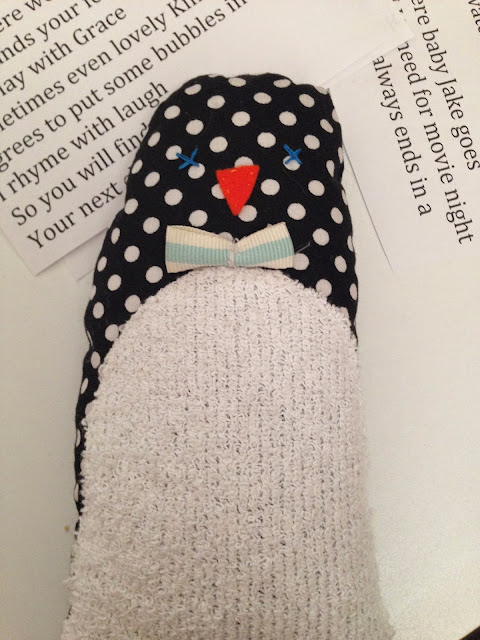 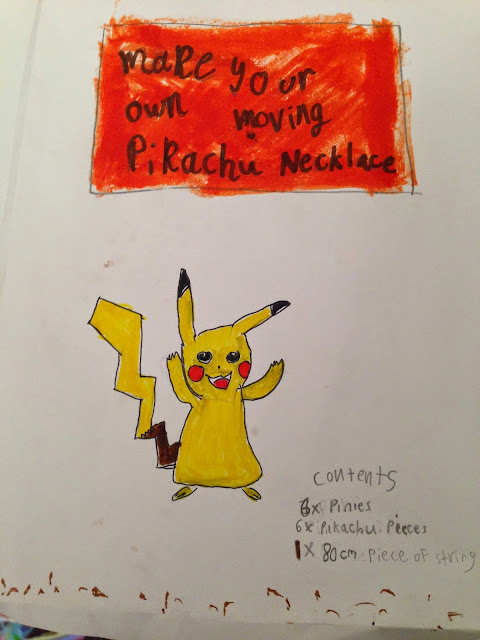 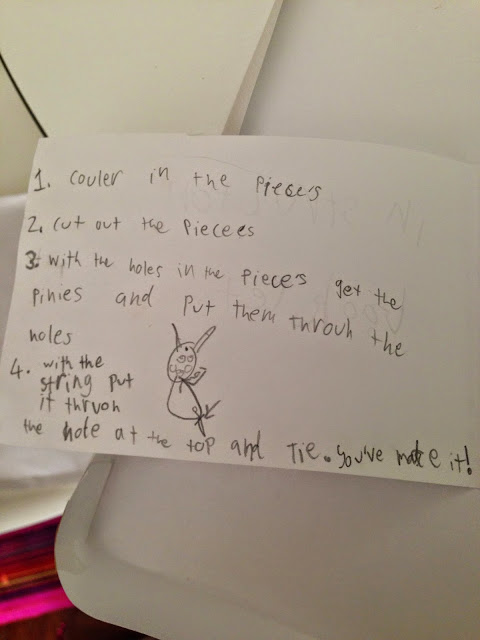 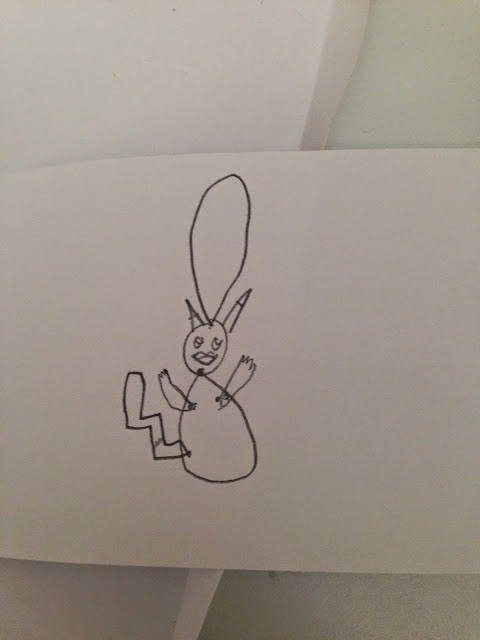 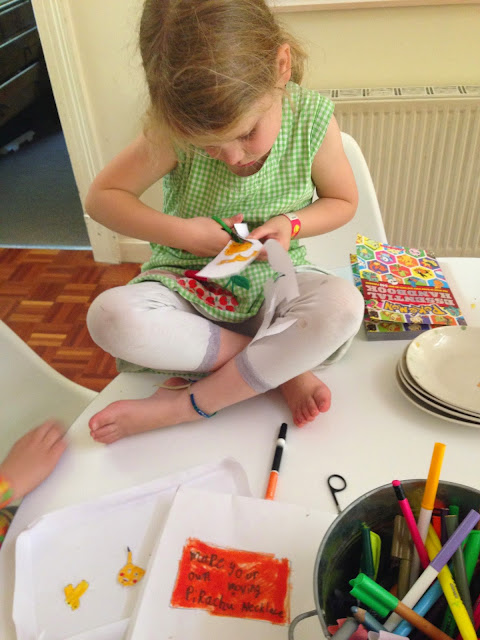 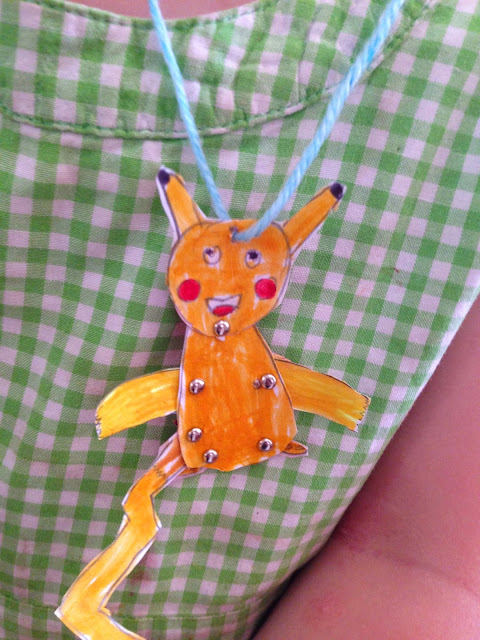 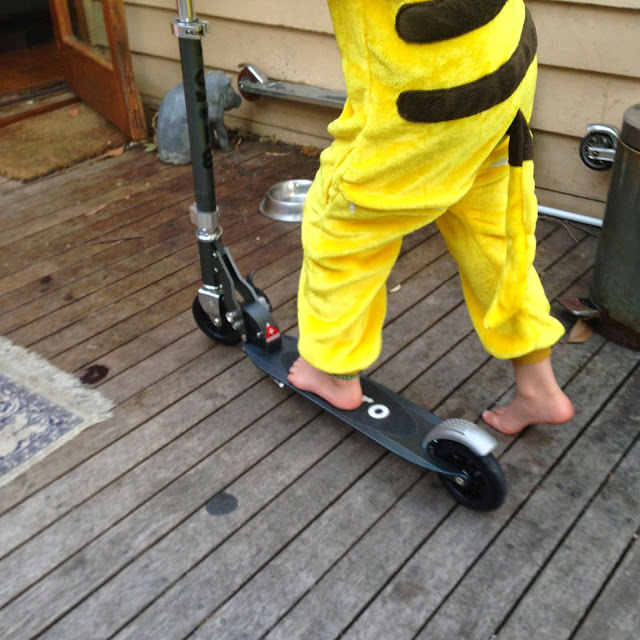 Lily turned five. It's a big deal, five and takes us well out of the world of very early childhood. There will soon be no more kinder, no more Fridays just the two of us. Before long she'll be reading and making her own bed and expanding her world outside the family. Everything about how I feel about this has already been written - probably throughout the recorded history of humanity -in more eloquent and appropriate words than I could hope to find so I won't indulge my own somewhat divided emotions. Instead I'll record the gorgeous gifts her sisters made for her: Nina a little stuffed bunny that Lily named 'Bunette'; Ruby, who loudly declares that she 'does NOT like sewing' made a little penguin wheat pack, which Lily named 'Penguana'; Grace spent ages constructing a box, with lid, to contain her 'make your own Pikachu necklace' gift. She exhorted Lily several times to 'respect the box'.

I stole the idea for the cake from here and succumbed to Lily's penchent for pokemon with a Pikachu onesie. The big girls made up a treasure hunt for Lily to find their presents - they spent ages coming up with the rhyming clues and the collaboration was not always harmonious, but it paid off in cheap thrills for Lil. It was a kindergarten day so Lily handed out party invitations to her class and we brought in special fruit skewers (cheap thrills for the kinder kids - so easy to please at that age) and she had her little chest puffed out with pleasure and pride. It was a lovely lovely day.