The idea of a bicycle and other presents

It is true that I generally have difficulty with presents for Craig. I peaked early in our relationship when I found a first edition of "The Catcher in the Rye" in a second hand store and it's been a steady decline since. His recent birthday saw a new low - a book he'll likely not read (but I want to) and some expensive chocolate that he doesn't like (" I thought you'd know I don't like nougat by now"). 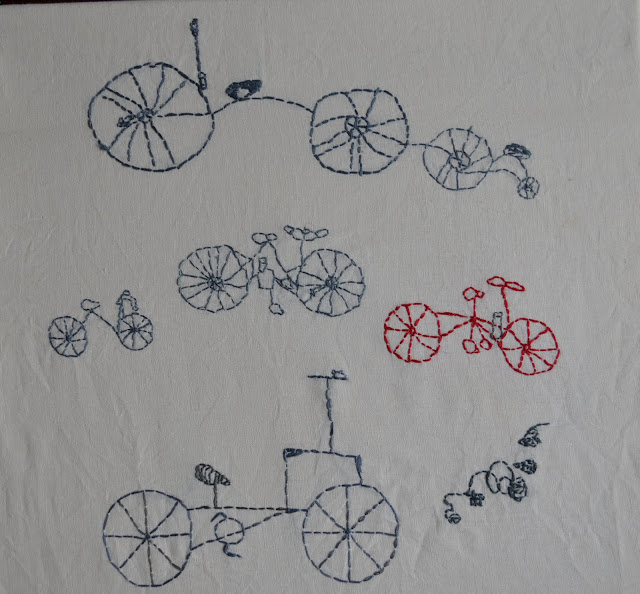 So, though I reckon that father's day and, more specifically mother's day, is a bit of a wank, I was determined to try a bit harder. I asked the girls to each draw a picture of a bicycle (Craig likes bikes) and embroidered it onto linen, which I then stretched on a frame. It's a variation of an idea I've used before but I do like this way of preserving the girls' drawings. 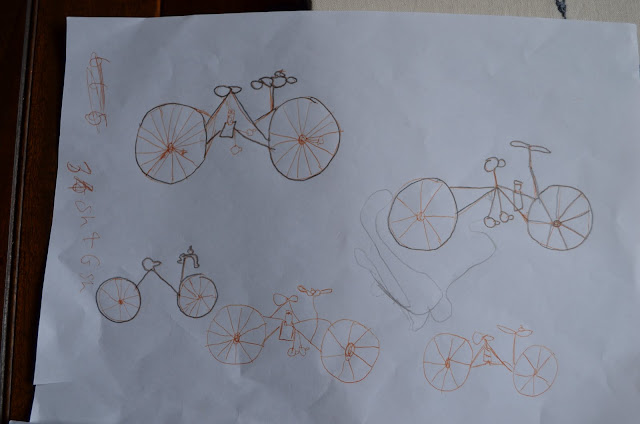 It's so interesting (to me) how aspects of their personalities are distilled in their drawings.  Ruby's somewhat random and unequal spokes convey the sense of the wheels and the motion they are capable of. She hasn't quite got the mechanics right - those bikes couldn't actually be ridden - but the idea of a bicycle is there, right down to the drink bottle. 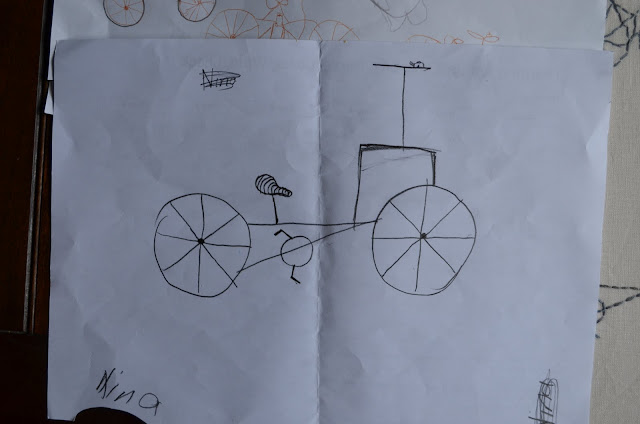 Nina's bike is no linear speedster, yet has structural integrity. The spokes are evenly divided, she has really thought about how such a beast would be put together and the bell looks authentic. 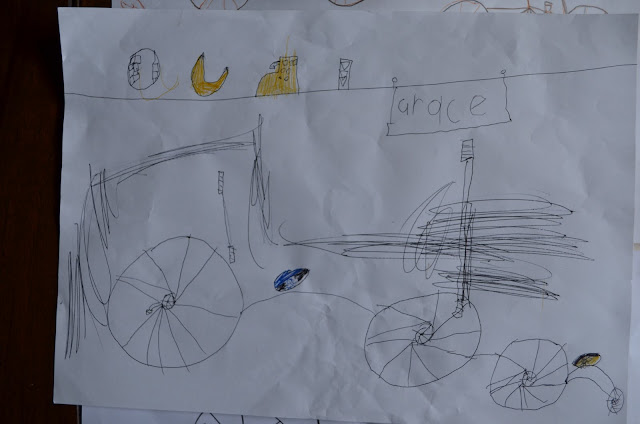 Grace's bike, with tag-along, has a tiny drawing of a girl on the seat which I couldn't replicate in embroidery. The bike itself seems old-fashioned. We asked Lily to draw a bike too, and she drew small round scribbles. She was delighted with herself, and especially with the great response her efforts evoked from her sisters. They were quite hard to embroider faithfully.


Nina had a birthday party to attend and, with thought about what the birthday boy liked, decided on a variation of this present I made for her, converted into a drawing satchel. She chose all the materials and did all the sewing herself, apart from the handle which I did. I've found most children, given the opportunity, love to drive a sewing machine, and, with a little guidance can do a serviceable job.  It's not perfect, but it turned out well, the birthday boy was pleased and so was Nina. We added in a sketch book and some watercolour pencils. 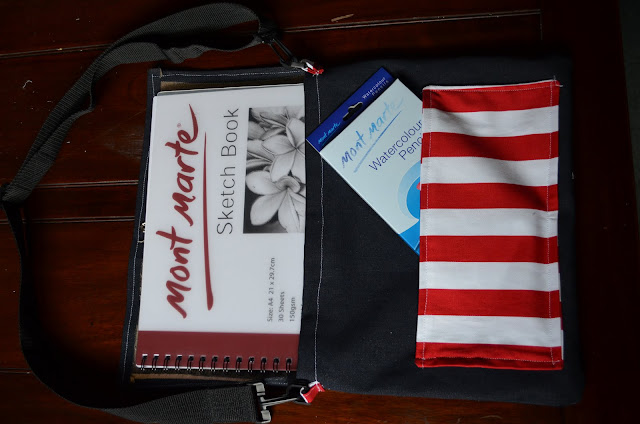 And finally, I knit my first pair of socks. Admittedly only baby socks, but even so it was not all plain sailing. My first attempt went off the rails somewhere and ended up like this.

But I figured out the instructions eventually. I find that when I have to pick up stitches I tend not to do it very neatly and often get gaps.  Any tips from the knitters out there? 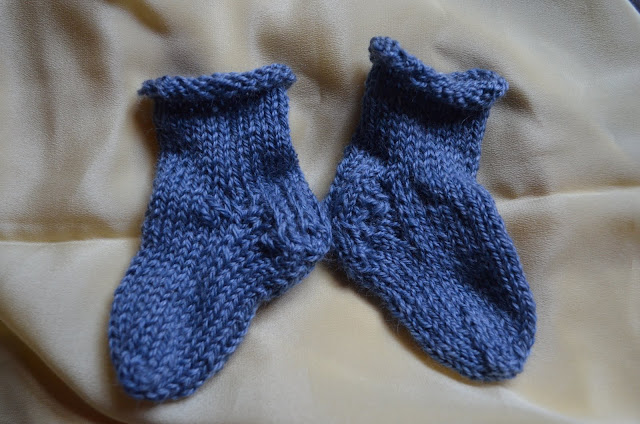 Again, not perfect, but a rather sweet gift for our neighbour's newest grandchild. Welcome Henry.
Posted by Julie