Getting back in the Groove 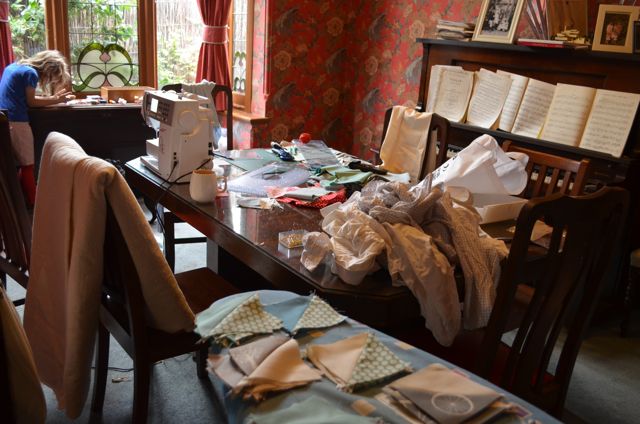 I haven't sewn a stitch or picked up a knitting needle since the night before Christmas. I repeated a decision I made last year to take books rather than crafts away on holiday.

Since we got back I've been at work and catching up on the business of the house, including an oven that is on the blink for the third time in as many months. At what point does one decide that fixing it is throwing good money after bad? I hate just getting a new thing when an old can be mended, but I have already spent almost more than a new oven would cost. I just don't know when or where to draw the line. Maybe this latest thing to break will be the last thing and I'll get 10 more years out of it. Or maybe it will just be the latest in a list of hundreds of things that could go wrong. It's already had a new element and a new cut out switch and a new suppressor and a new fan belt and I really wish I knew something about ovens....

Anyway, after several weeks of not making anything other than the occasional dinner, Sunday presented the time (only one child was home) and space (the 'dining' room still cleaned out from Christmas) in which to start a new project. It was so enjoyable to spend a few hours with my hands on fabric again.

Nina worked on her own little project which inevitably required a lot more help from me that I had hoped. Not that I mind helping her, but the things she chooses to make are usually tiny and frustrating. I wish I was a kinder and more patient teacher. At some point when we sew together I usually mutter something grumpy about the miniscule or impossible design she has envisaged. She finished it today and I'll show it when I get around to taking some pictures. It's pretty adorable.

I am disturbed by just how quickly the dining/sewing room descends into a state of chaos.
Posted by Julie