The Unintentional Quilt - or quilting for non-buddists 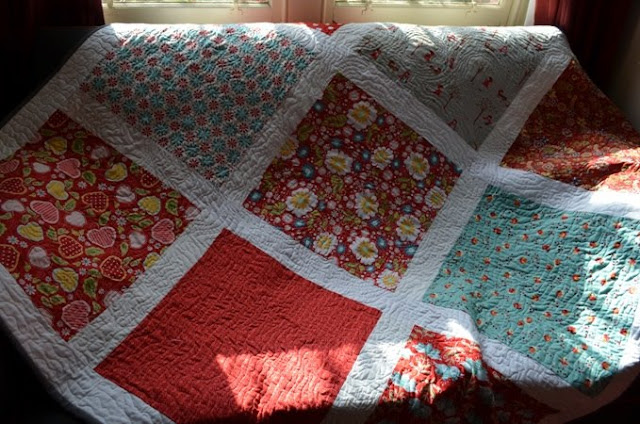 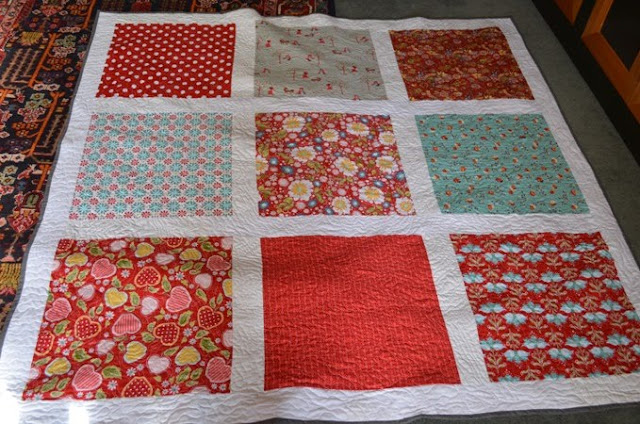 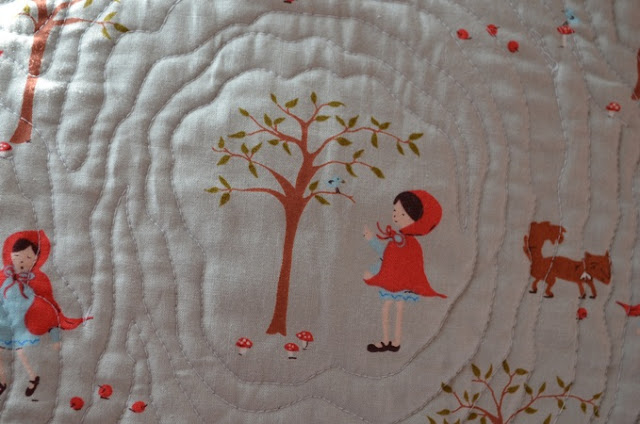 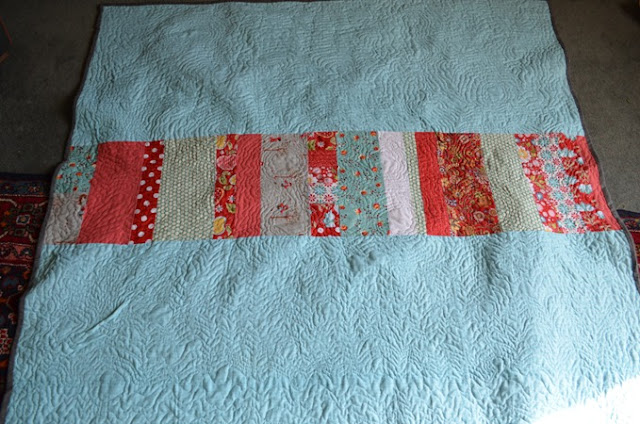 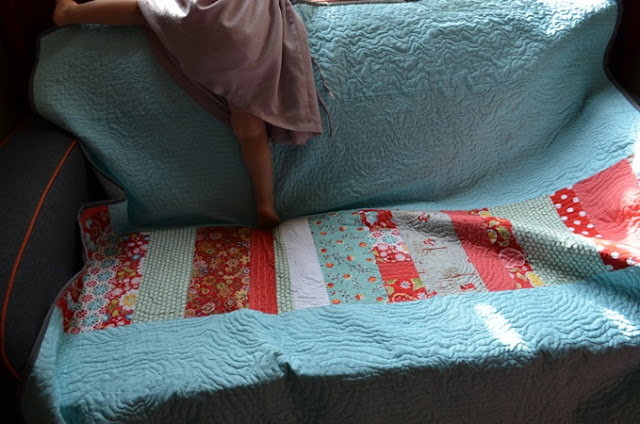 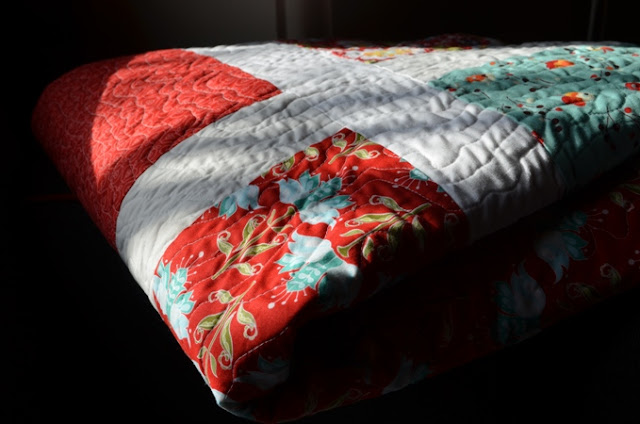 I'm mulling over my next big quilting project. It will be for Lily, when she moves into her own bed, and I'd more or less decided on the colours, when her recent frequent and adamant declarations that 'pink is my wavourite'  threw a small spanner in the works. Pink is not one of the colours I'd picked.
Anyway, whilst letting that quilt mentally gestate a while, I was taken by the colour and fun of these fabrics by The Quilted Fish (there are a few other fabrics in there too). I decided on a variation of the fat quarter quilt from Material Obsession and suddenly, without really intending to make a quilt at all, and certainly without any reason to make a quilt, I whipped up the top in a couple of nights. Of course, like all quick little things, it didn't turn out to be quite so speedy.  My slap dash habits meant that I had incorrectly calculated the size of the top, which meant I didn't buy enough backing fabric, which meant that I had to add a panel, using all the off cuts of the fat quarters plus a few extra fabrics.  As it turned out this was a pleasing use of leftovers, though significantly more time consuming.  A friend had given me a can of basting spray, so I thought I'd give it a whirl.  I've always pinned the quilt sandwich before, and I can't say that using the spray was any quicker  but I do think it held things together better whilst I was quilting (probably more a testament to my poor pinning).  I didn't like the smell of the glue so not sure if I'll use it again.  Given that the quilt was so square and the blocks so large, I wanted a fairly small and detailed quilting pattern.  I decided to pick out various patterns and sort of quilt topographically around them.  About a third of the way in I decided it was a disaster and resolved to unpick it all the following day, but a night's rest made me see it differently, and now I'm rather pleased.  It turned out to be a surprisingly time consuming way of quilting though, much longer than the stippling I've been favouring lately.  I'm still learning free motion quilting and have a long way to go, but I'm definitely improving.  I bound it in Robert Kaufman charcoal quilters linen and now I have a reasonably large quilt with no purpose or destination in mind.  Though it was a kind of unintended quilt, brought about solely because some fabric took my eye one day, and though it was not planned or thought through or even measured properly, it was also a fortuitous kind of thing.  As always with quilting I learned some new things, tried some new things and improved some skills.  And it brightens a grey day.
Posted by Julie