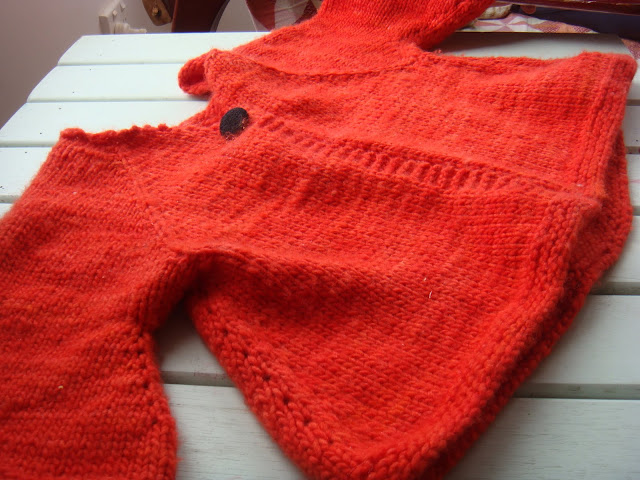 In the world of non-knitters, I can knit, but, in the world of knitters I am a novice. Maybe this year is the year I branch out from baby blankets in stockinette and garter stitch.  Craig gave me this book several years ago but I found many of the yarns and colours used off-putting.  The patterns that I liked used circular needles and that seemed daunting. 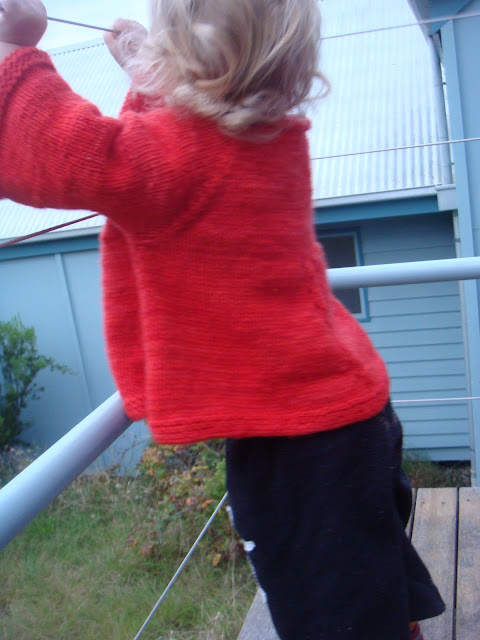 Having decided to jump in I am delighted. The joy of not having to sew up a garment at the end, the avoidance of mattress stitch and bulky seams, having to weave in only the first and last threads, as well as the inordinate satisfaction of watching 'knit one front and back' become a raglan sleeve, and 'knit one make one' become a pattern - well, I'm not sure I'll ever go back to straight needles.

I just love this little swing jacket (in malabrigo bergamota).  The pattern calls for an i-cord tie at the neck which I did away with, preferring a press stud and button.  I also discovered about halfway through the knitting that I had inadvertently used 5.5mm needles instead of the 5mm called for, which means it is rather more 'swingy' than perhaps intended.  Ah well, it's a learning year. 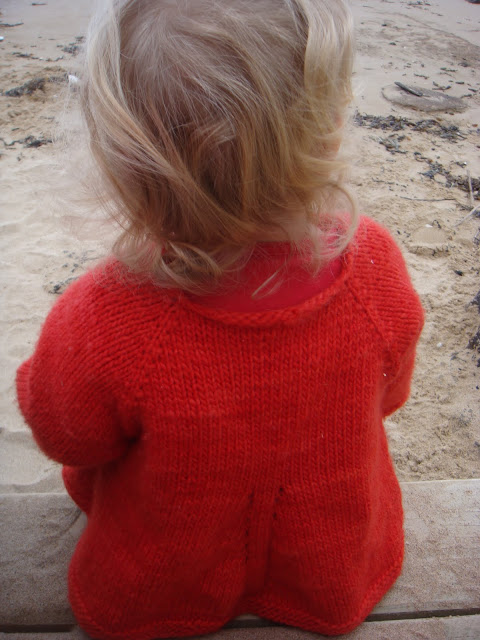