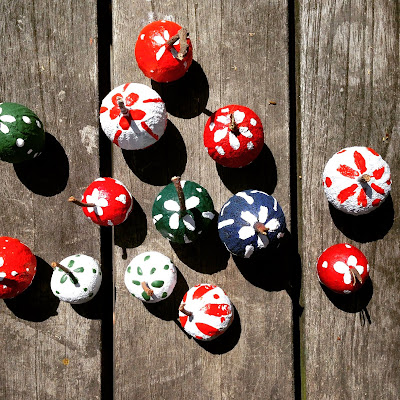 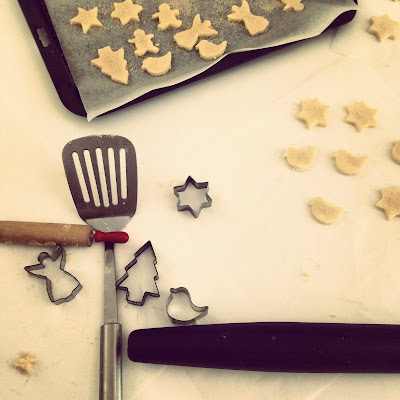 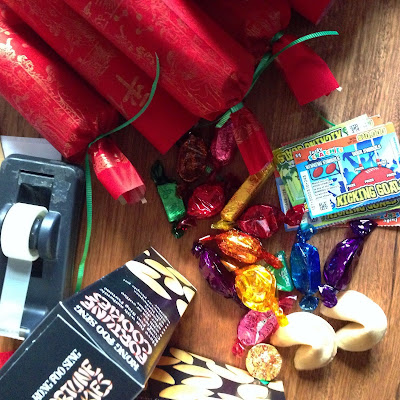 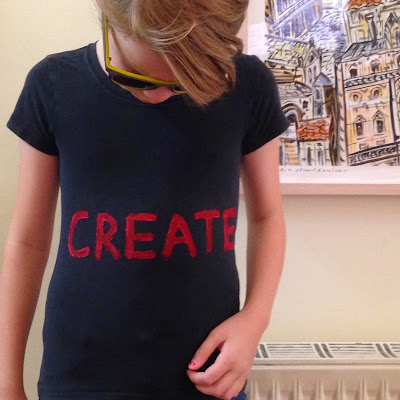 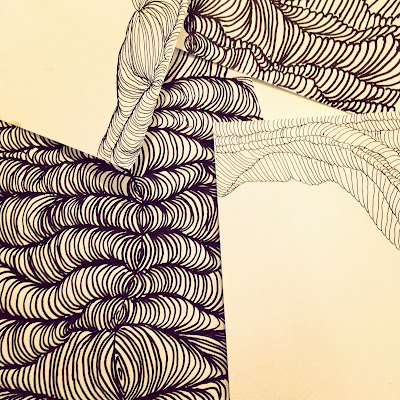 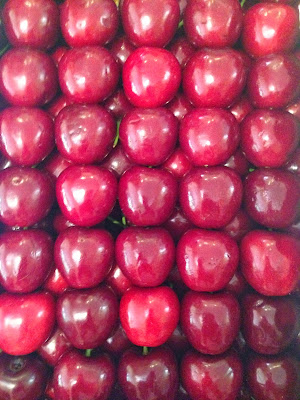 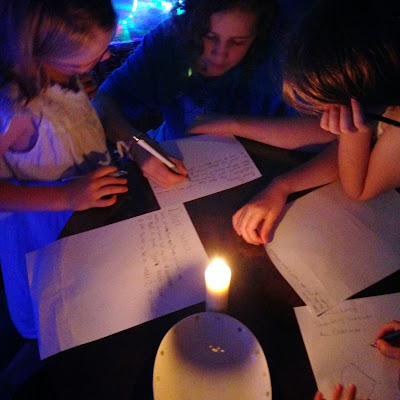 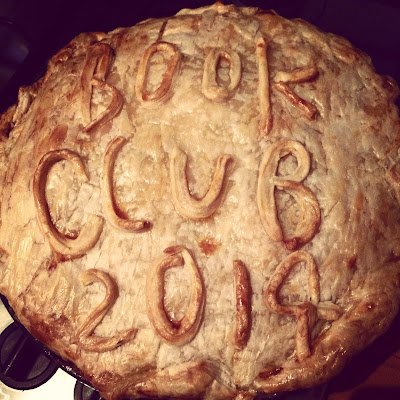 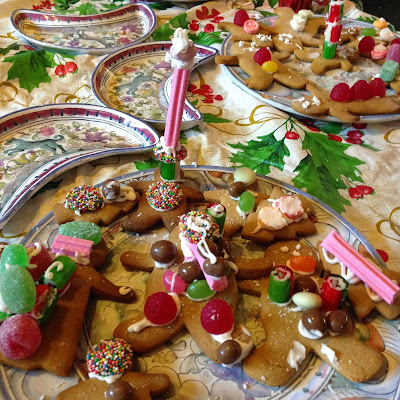 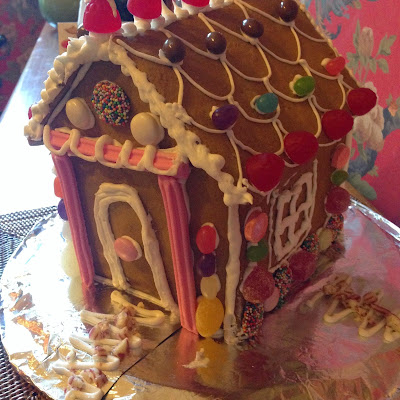 I always do lots of things at Christmas, or at least in the month leading up to Christmas. We always have a gingerbread party and I usually make lots of shortbread and often we make some decorations (this year painted gumnuts). We always make Christmas crackers, with fortune cookies and one dollar scratchies.  The kids still make all their presents for each other and their friends, which is pretty time consuming, and I usually make the kids something each, most often a dress. Cherries are always the sign that Christmas is near and this year I splurged on a whole box, which I've never done before. It was so luxurious for everyone to have as many cherries as they felt like and still have some the next day.

So even though Christmas is always busy and I always do lots of things, there has been a different edge this year. One of my sisters is very unwell and so all the activity has an air of keeping oneself busy and distracted, as well as a particular poignance to it. She came to our gingerbread party and we talked whilst keeping up brave faces for the kids - hers and mine - and I expect this is the reason that the door of the gingerbread house is wonky and the whole thing has a rather rushed look to it. We won't find out for a few more weeks exactly how bad things are, and of course we are hoping that the news is better than we fear. It seems a bit farcical to write about the little things I've been doing and making, whilst in the background this massive, life changing event is unfolding, and yet it also seems wrong not to record our Christmas season. And however powerfully something like this puts all our other petty concerns into perspective, still those petty concerns remain and have to be dealt with. This blog is, after all, about small matters, not large matters!

I appear to have misplaced the letters to Santa Claus which were rather delightful. Ruby began hers by hoping that Santa had been a good boss, as the elves need someone responsible - so proud that she's already identified the potential for exploitation in the relationship between capital and labour. Grace is hoping for a parasol and a beret (she really was born in the wrong era), and Nina asked for a briefcase (!). Lily is beguiled by almost anything she sees in a toy shop - a Jemima doll, a Strawberry Shortcake, a real live Minion please! And Ruby just desperately wants an ipod and swears she is about the only (nearly) 12 year old in the whole world not to have one.  I struggle with the whole technology thing. It does seem that most kids her age have something - a pod or pad or phone - that enables them to link in to social media and communicate with each other and by comparison we seem the most ludditish parents on the face of the earth. Lots of schools require an ipad but ours doesn't and so far she has only been able to really engage by using my phone, which obviously I control. I've held the line because I fear that once she has a device of whatever kind, she will disappear into a world of constant texting and surfing.  I don't think she's particularly interested in games, it's Instagram and social connections that fascinate her.  I know that rules around usage can be established, but I suspect that those rules rapidly become a battleground where parents are thrust unwillingly into the role of enforcer. And I'm not even sure what rules are appropriate - how much time is too much? how much privacy is reasonable? where can she take or use the device?

Once she has a device, and I know that it is inevitable eventually, I fear that she will never  again scoot round and round on the deck for hours, making up plays and stories. I worry that she won't write or draw as much - or at all.  I wonder if she'll still play with her sisters (admittedly this only tends to happen now when she is bored, but with a device, perhaps she'll never be bored?). And I am not sure that she will continue to read as much - or at all.  I also wonder whether I am totally overreacting and whether I'll look back on this dilemma in the same way that I look back on worrying about kindergarten and think how ridiculous I was.

The year, to all intents and purposes, is over. Craig and I have finished work, the kids have finished school, the concerts have been performed, the presents bought and wrapped and tomorrow the business of preparing the house and food for Christmas begins. I'm half thinking that if I am super efficient with all of that, I might just have time to quickly rustle up a couple of Christmas dresses afterall.....
Posted by Julie