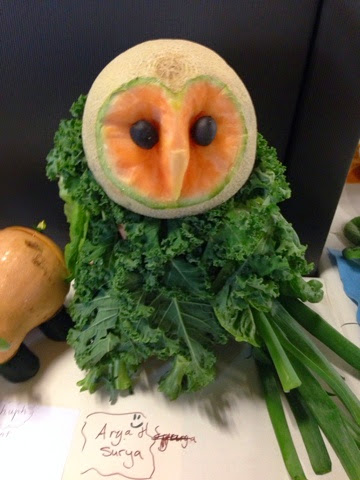 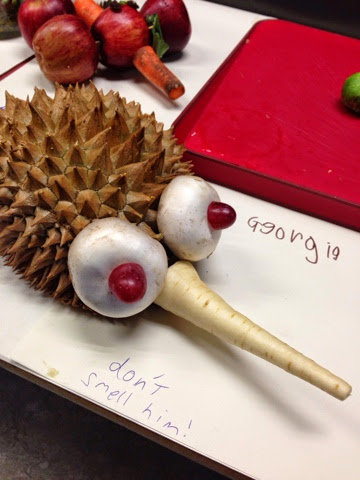 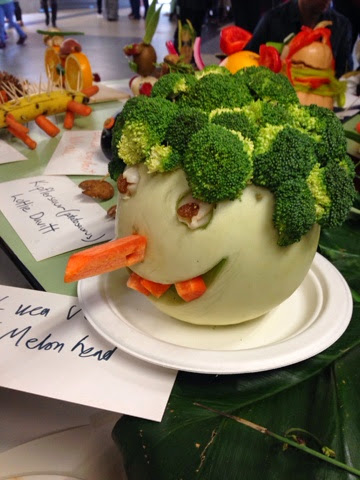 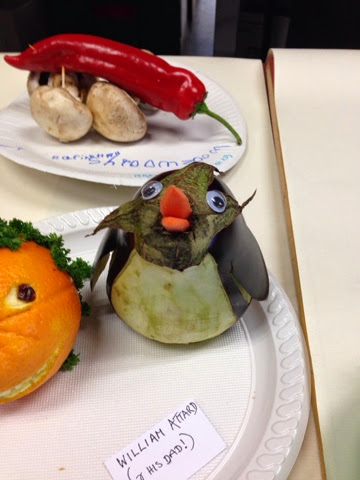 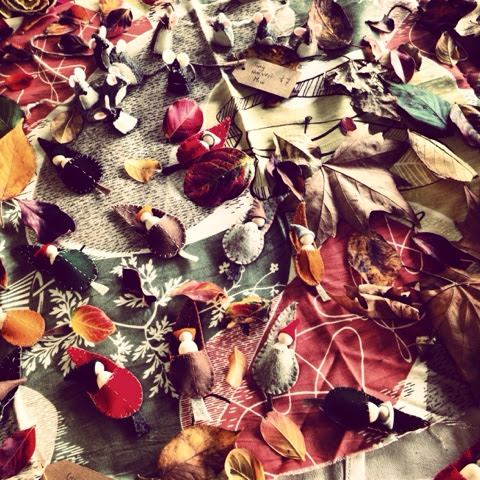 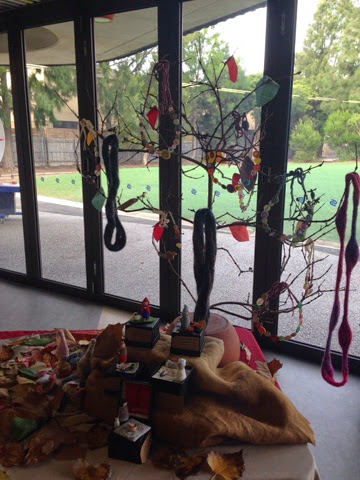 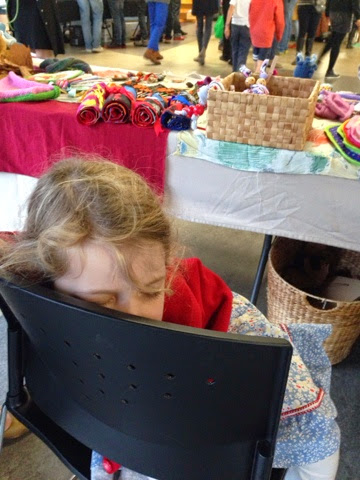 With the run of warm weather we've been having it's hard to believe that winter is nearly here. Our annual harvest festival seems to be getting bigger each year. As well as soup and pumpkins there were also pizzas, preserves, cheeses and wines.  There was lantern making and face painting and drum lessons, story telling and dancing. There was the annual veggie sculpture which is always a great display of creativity. But I didn't really see any of it as I was so busy setting up and running the craft stall. I couldn't properly capture the 'tree' I made out of a branch of our neighbour's fejoia tree, for displaying handmade (& knitted!) necklaces. Despite what I considered the aesthetic success of the tree-as-display-stand, it didn't work very well as an actual showcase. The necklaces only sold once I took them off and put them front and centre on the table. As always it was interesting to see what did and didn't sell.  Elizabeth made a bundle of poi in great fabrics and they walked out the door.  Wooden Mine Craft figures that hadn't sold at the fete were incredibly popular today. Scarves and beanies did well, as always, but hand knitted jumpers didn't do much business, even at the absolutely bargain basement price of $12. Admittedly many were in small sizes that wouldn't fit school age kids and all had been donated by various grandmas. We rely on the kindness and productivity of these women, many of whom are only peripherally linked with our school. They make the bulk of the beanies and scarves and countless bags, knitted teddies and other goodies that form the backbone of our stall.
I had the heartbreaking task of telling a little girl that the 10c she proffered wouldn't cover the $10 price tag on her chosen item. She looked in confusion at the number 10 on the coin and back at me as I tried to explain the difference.
Martina made beautiful patchwork scarves out of old jumpers and did an equally beautiful job selling them off. Sarah bought up big and then dropped her bag and smashed a jar of beet root preserves that was also in it. Why did it have to be beet root? Clear popular winner of the day was the $1 lucky dip which we used to move some items that have been lingering round the stall for a few fetes and festivals now - mostly badges and brooches and other little things.
Poor Lily found the day a bit exhausting. By late afternoon she'd had enough and the uncomfortable plastic chair was as good as it was going to get for a nap. Next year no doubt she'll be racing around as a little preppie herself but today she didn't leave my side. It was nice to have her there.
Posted by Julie