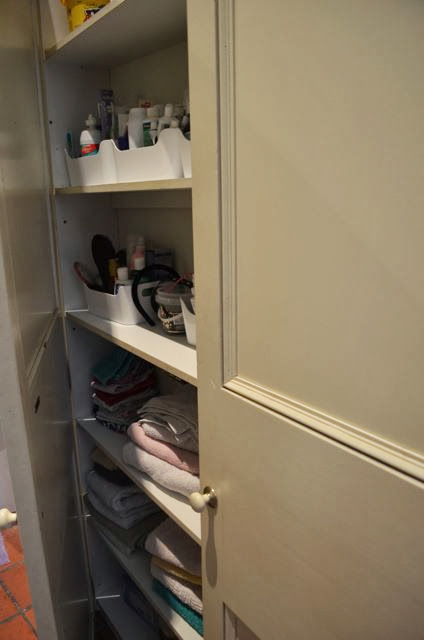 I don't like to vote above the line. I don't trust the preference deals done and can't be sure I understand how they will pan out. The fact that Steve Fielding got in on the back of ALP preferences a few elections back was pretty disgraceful. However deciding where to place all 97 candidates below the line was not an easy task this year.

How to work out which of Family First, One Nation, Rise up Australia, the Citizen's Electoral Council,  Palmer United Party et al, should get pride of place at number 97? Then there were the candidates that I had no idea about: 'Stop CSG' was a mystery until I googled CSG - Coal Seam Gas - I probably should have known that. And how confusing was the name of 'No Carbon Tax Climate Scpetics'? Was that 'No' to sceptics about climate change and the carbon tax? Or was it 'No Carbon Tax - we are climate scpetics'? A judiciously placed comma would have helped. The Pirate Party sounded like something my kids might get invited to, and it is easy to be burned by parties that have words like 'social' and 'equal' in them. Is 'Socialist Equality' for socialist equality or are they actually a right wing conspiracy theorist group? Some made their platform clear - motoring enthusiasts, smoker's rights, legalise marijuana but I'm not sure whether to be amused, proud that everyone gets a chance to raise their issues, or despairing that our senate election took on a certain circus quality. I'm tending toward the latter but I'm as much to blame as anyone else. I could have done my homework, found out who was running and researched each platform, weighed my choices, made informed decisions. I was lazy, and bored, and disengaged.

Instead I spent the day cleaning out the bathroom cupboard and helping Ruby sort out the mess under her bed. It took hours and hours and was exhausting and cathartic in equal measure. I like nothing more than getting rid of stuff, a sentiment shared by many other Australians it seems. Out with the old, in with the new.

Whilst going through my bathroom cupboard I found a large bottle of Chanel perfume; a gift from my dear friend Nic, whose father bought her a bottle duty free every overseas trip he took.  As he went overseas frequently she had a shelf of unopened perfume and passed one along to me.  However I  don't really wear perfume, so it sat unused for more than a decade.  Can you already guess how this story ends?  I gave it to Ruby and Nina, with warnings that they use it only very very sparingly, very very occasionally and take special care not to spill it, as it has a wide open neck and a big glass stopper.

Yesterday I returned from work to find the house in an uproar.  Somehow Grace had got the perfume and managed to spill about three-quarters of the bottle on Ruby and Nina's bedroom carpet.  That was a lot of perfume, very strong, concentrated perfume.  Grace was beside herself, Ruby and Nina were convinced I'd be furious, and everyone had a developing headache from the overpowering fumes.  White vinegar, carb soda and strenuous mopping did little to dilute the smell.  The big girls slept on the floor of the playroom last night, their room being uninhabitable, but this morning the smell persists and permeates the entire house.  It is a little like living in a department store or the house of a lady of a certain age.
Posted by Julie