Scenes from the Weekend. 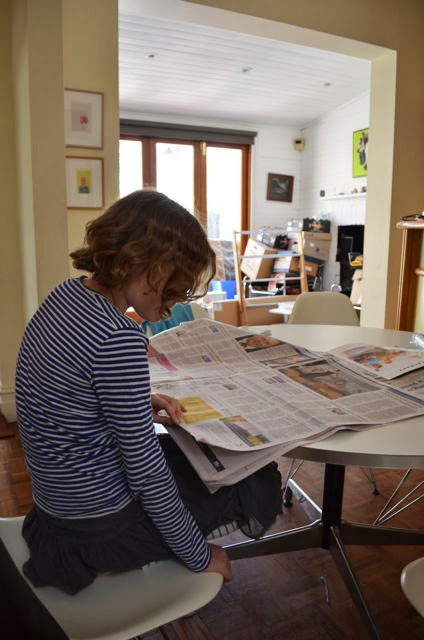 My oldest girl is big enough to read the newspaper, 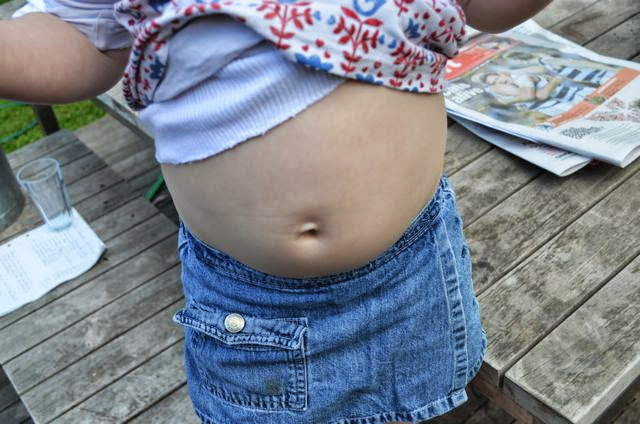 My youngest is still little enough to show you her belly button. 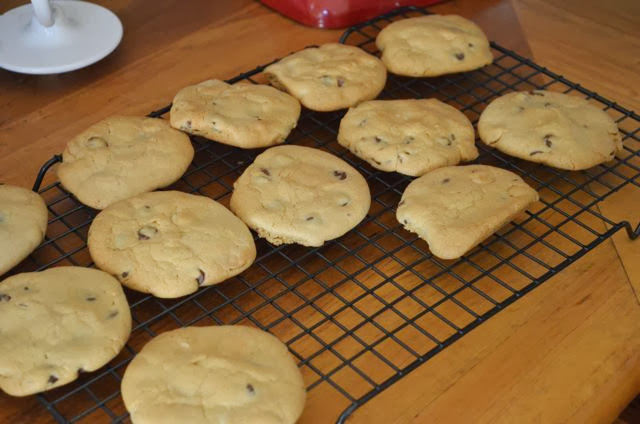 Ruby made bickies (and pom poms); 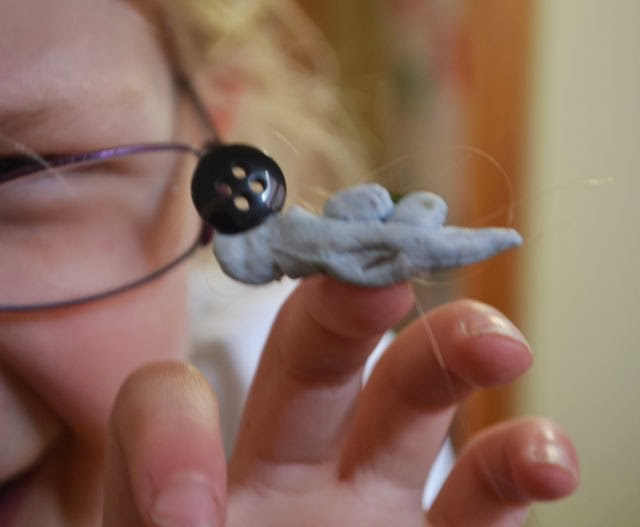 Grace made something out of blu tac and a button (and pom poms); 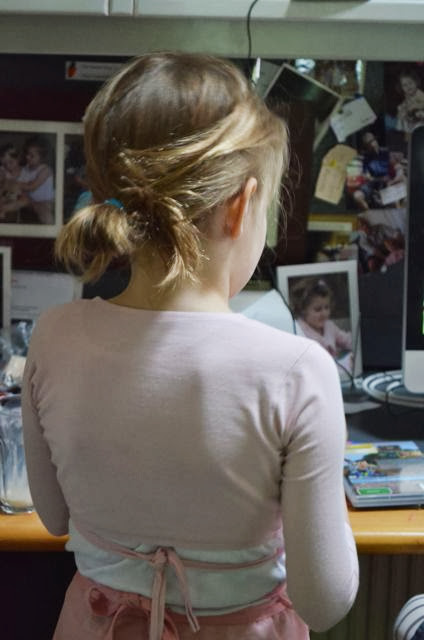 And Nina made pom poms and spent most of the weekend in a world of her own which required ballet clothes. 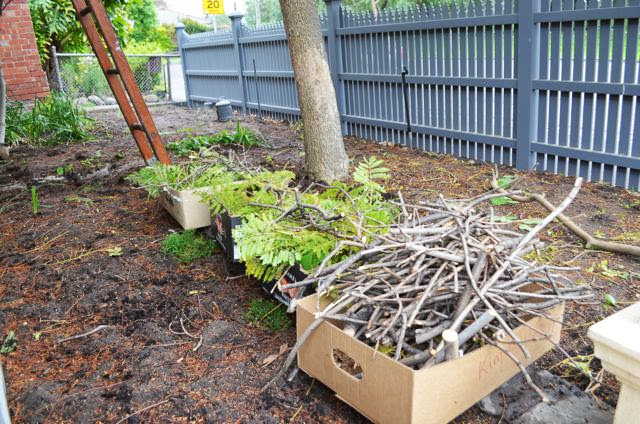 Our local council refuses to provide 'green bins' for garden waste and instead requires us to cut everything up into box size pieces for collection. It's a bit annoying. The scorched earth of our front garden will soon be planted out. It only took a year longer than planned. 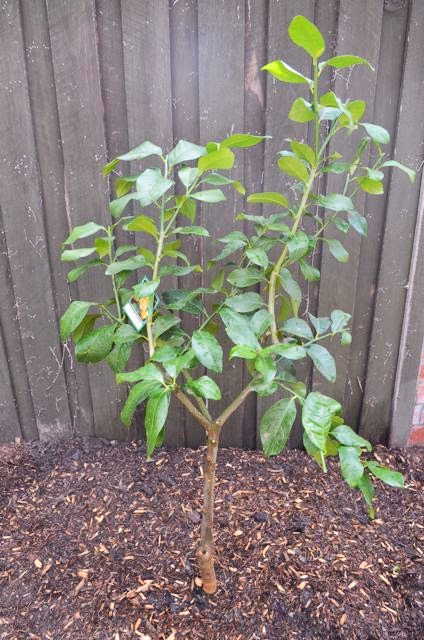 We finally put in a lemon tree. I can't believe I've lived more than 15 years without one. One day I'll be able to stop swiping lemons from Sheryl and Bruce next door. 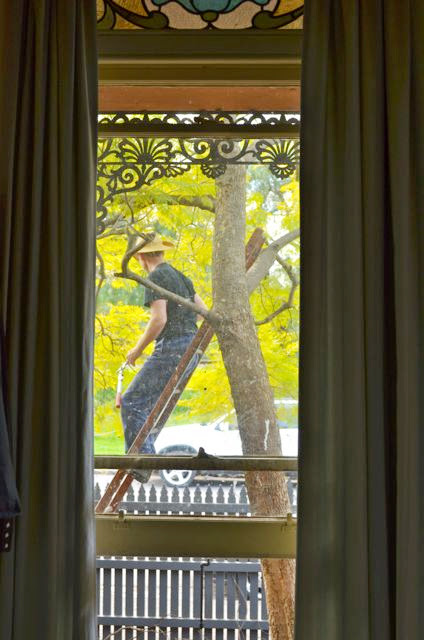 Craig trimmed the jacaranda, though we won't be around to see it flower this year. 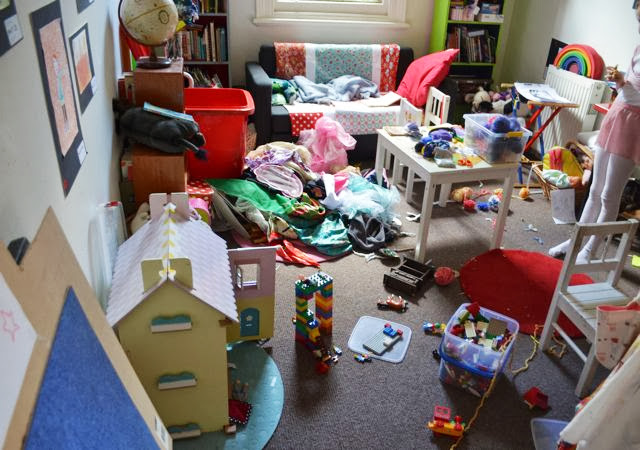 The playroom fluctuated from messy to messier. 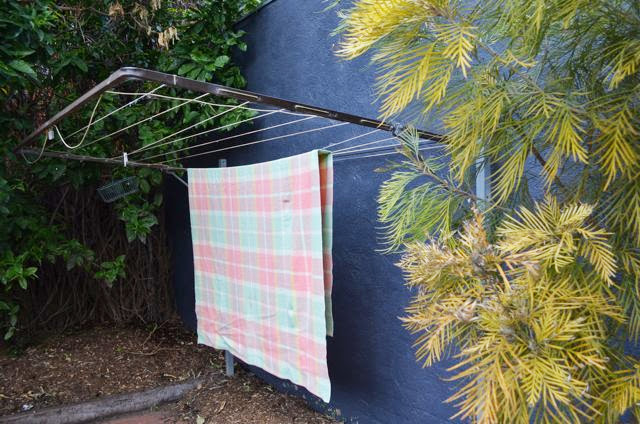 And the weather was kind enough to dry the woollen blanket I scored for $9 at the op shop. My kids are always asking for an extra blanket on their beds.

It was a very quiet weekend. I started and finished a book I had been eagarly awaiting. I was almost reluctant to start, knowing that I'd be unable to stop and swept up into its world. I'm a bit of a sucker for a well-done dystopia.

I did a lot of reflecting on big and little things and reached some conclusions that helped to settle my mind. It is difficult, sometimes, to keep perspective and I think I wrangled a few things back into their proper place. Mostly it is a case of recognising that what seems overwhelming rarely is, and that there are very few things that are actually important.
Posted by Julie

Labels: activities, all work and no play, September, Spring, things to think about