We went for a walk this weekend, to the top of the ridgeline. 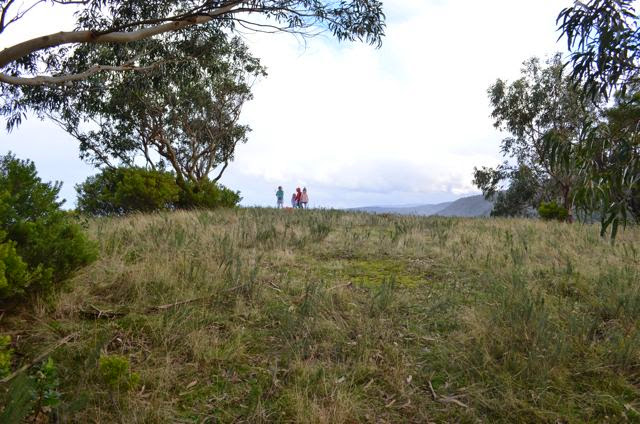 This was the view: 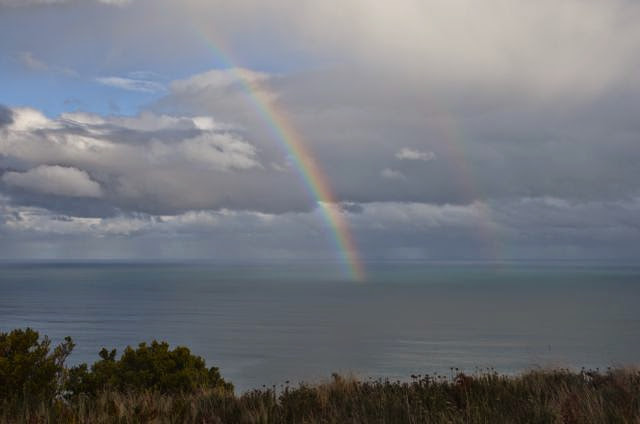 If I were a spiritual person, I would have something profound to say about this place. We made a campfire to toast marshmellows. Craig was enticed away by the surf and the girls and I spent the next few hours alone up on the ridge, watching the weather roll in, wondering if the spots of rain would become something more.  Craig took the car so we would have been stranded which added a slight air of excitement to our adventure. 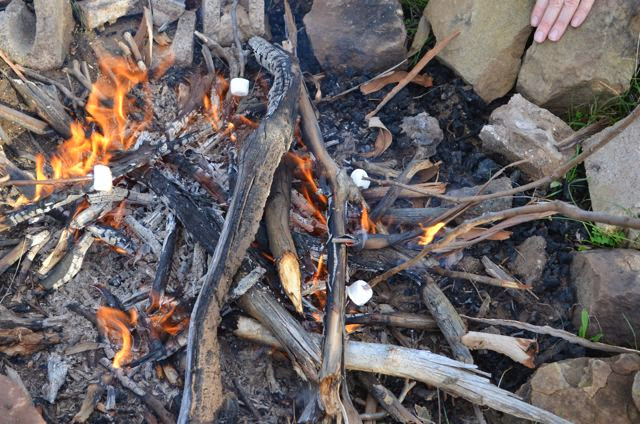 Lily entertained herself by taking photos on my phone. It is about the only time a photo of me gets taken so I quite like it, though it also involves deleting a billion snaps of legs, floors and blurry toys. 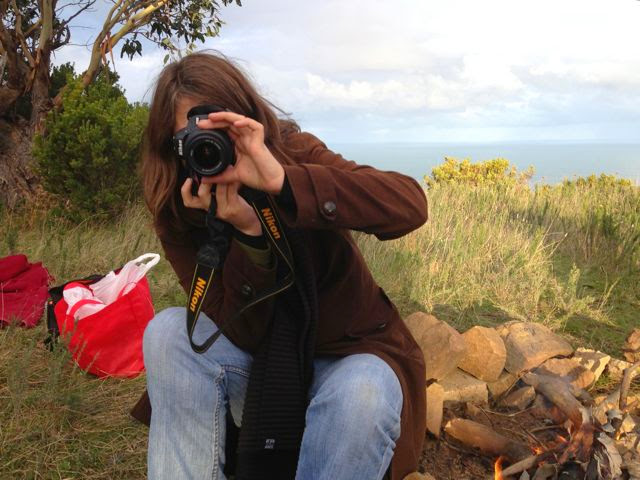 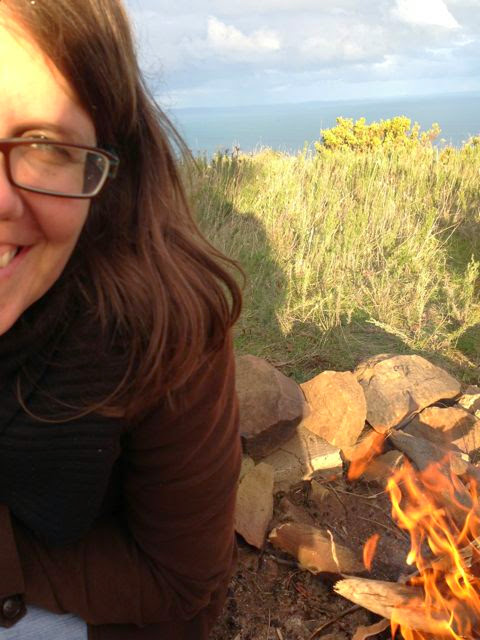 I love the colours of the bush. We were hoping to spot a koala, which we know are in the area. 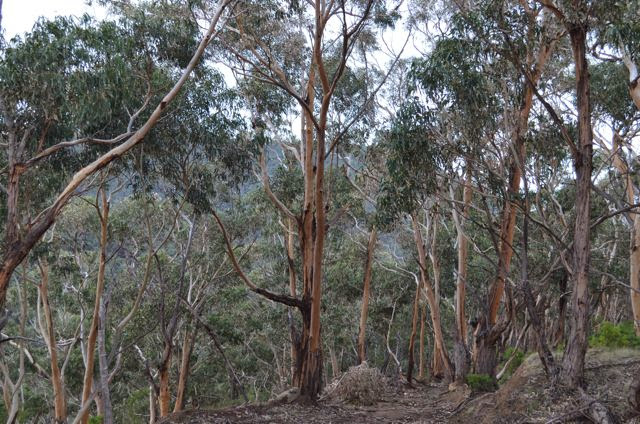 But contented ourselves with this fellow who was entirely unphased by us.
Check out the size of this fungus (toadstool? mushroom? I'm never clear on the distinction) 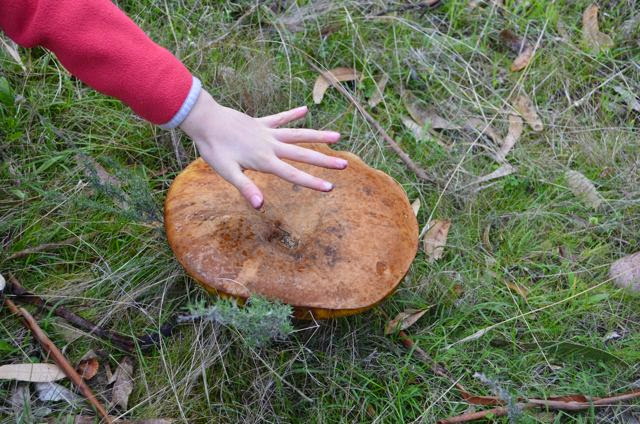 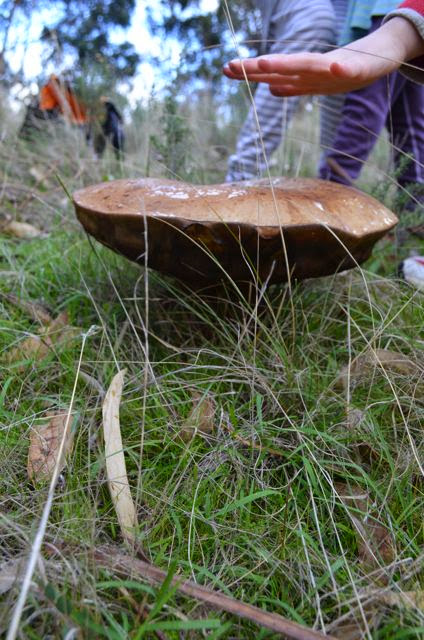 And right next to it, this tiny delicacy: 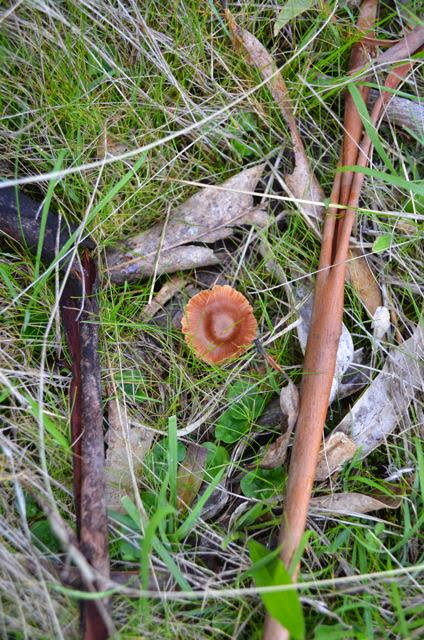 The girls played an elaborate game for nearly two hours: they were Clara, Jenna, Susie and Lucy, ages 13, 10, 6 and 4, taken in 'off the streets' by a wicked 'manager' who made them spend all day burning sticks which he would then use in some unspecified way in his charcoal business.  They were forced to sleep together with only one blanket between them and were woken at 4am to start work.  'Lucy' (Lily) contracted a fever and was given some dispensations from work. 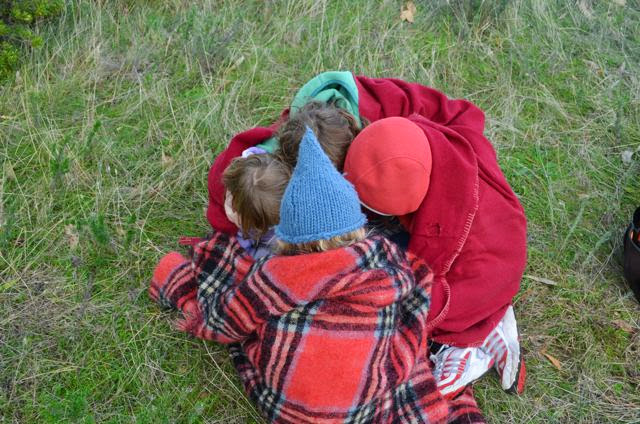 The main point of the game seemed to be an excuse to burn sticks in the fire, but the plot became quite elaborate, with visits from 'matron', the slightly kinder wife of the manager, his sweet daughter, Michelle, and periodic inspections from the mayor, to whom they were forced to lie about the conditions of their employment. Transgressions were punishable by removal of supper and more hours of work ("15 without a break"). The manager didn't know their names but called them all 'rats', though when they performed well for the mayor, who was happy to let this sweatshop continue, he rewarded them by cutting 5 hours off their working day.  (Have Craig and I been modelling a good work/life balance?  Hmm) 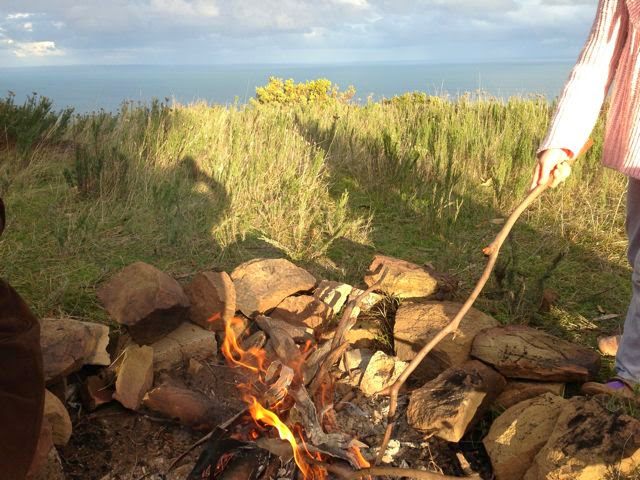 The game was rather Dickensian, even a bit sinister, but as always I was intrigued by the way children play.  It really is a skill that completely disappears at some point (I'm not sure when.  I remember playing these sorts of games as a kid but cannot remember when I stopped).  The way that games evolve organically, the way that children can slip in and out of various characters without explanation or question, how compromises are reached, how plot suggestions are made, accepted or rejected are all quite mysterious to me now.  Of course this does not always, or necessarily, happen seamlessly but on this day it did.  I wandered around, collecting bits of wood, taking a few snaps, absorbing the view.