The Tale of the Talking Bobbie Pin 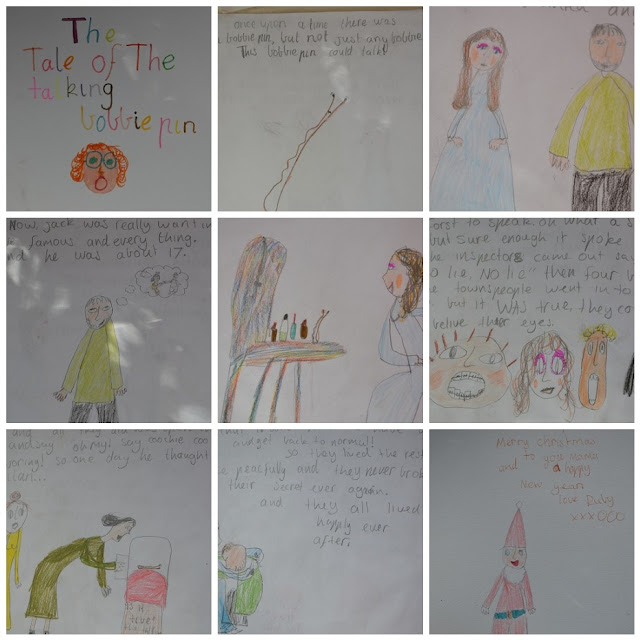 Now Jack was really wanting to be famous and everything. And he was about 17.
Now one day when Miss Right was having one of her little conversations with the bobbie pin, Jack just happen to be listening and before Miss Right could notice, Jack cried "golly" and ran down the street yelling "My mothers got a speaking bobbie-pin. Come quick".

So the town crowded around the house while some special inspectors came in and looked at the bobbie pin. It was forst to speak. Oh what a sight! but sure enough it spoke and the inspectors came out saying "No lie, no lie" then four by four the townspeople went in to see the pin. But it WAS true, they could not belive thier eyes.

Soon Miss right was forst to give the meuseum her friend the bobbie-pin, and she was terribly unhappy. but they were getting terribly rich. Jack was beginning to notice that his mother was unhappy and not jumpy as she used to be.

the pin was unhappy too and despretly wanted someone other than the crowd to talk to and all they did was open the flap and say "oh my! say coochie coo". How boring! So one day he thought of a plan...

So the next person who came he did NOT talk to!!!though the man picked him up and fiddled with him.
Then another women came and tried but he would not talk to her either. Not even the meuseum maneger!

So they called up Miss right to inspect it but when she saw it not talk, she new that it wasn't ded because it winked at her! So she said "yes it is ded"! and they said "well then here you go you have it back".

Miss right was delited to have her bobbie pin back and Jack thought that it was nice to have a change and get back to normal!

So they lived the rest of their life peacfully and they never broke out their secret ever again and they all lived happly ever after.

My photos do not do this justice.  Ruby made books for everyone in the family and this was mine. I love so many things about it.
Posted by Julie