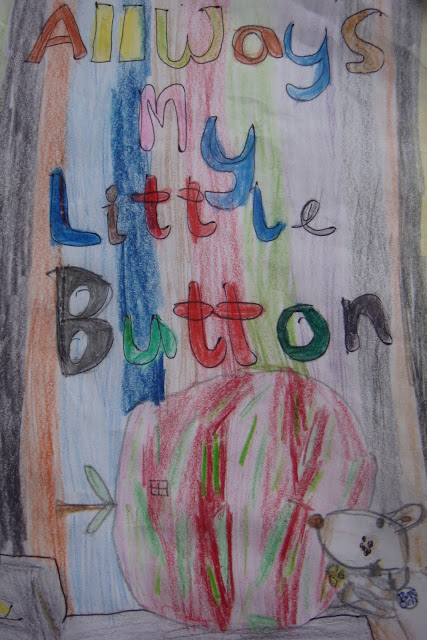 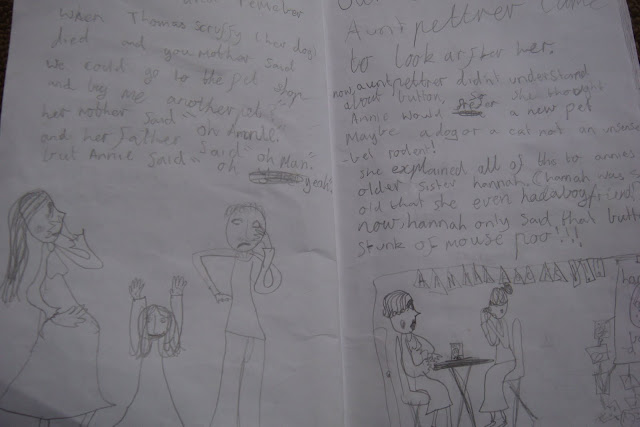 It's about a little girl, Annie, who is given a pet mouse, Button.  But when her nasty Aunt Pettrea comes to stay, she gets rid of Button, and Annie is distraught.

A man comes along .
He had a slight french accent - his eyes were like slits, as he spoke he spat, he had a weeny beard, his hair was long and scraggly.  He wore a long purple tail coat.  He was holding a large hat. When he put it on it shrank to the right size. He had red freckles around his eyes and cheeks. 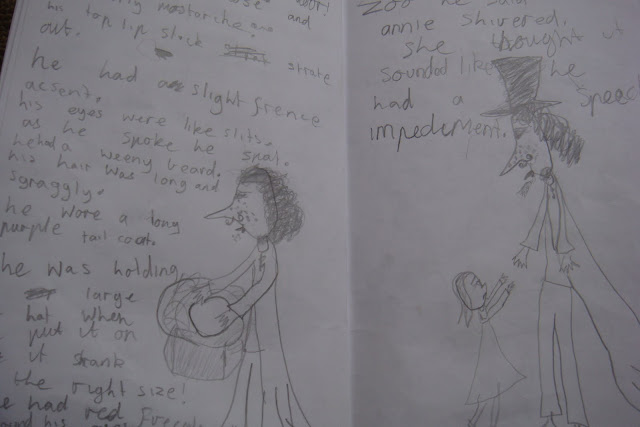 "My zame ziz Zoctor Zilla. People zall me zitch zoctor". Annie shivered, she thought it sounded like he had a speech impediment.

Needless to say Dr Zilla effects the return of Button, but not before taking Annie's voice as punishment for teasing him about his accent.  He is moved by her tears and gives her voice back, she promises never to tease him again and is joyfully reunited with Button.  Ah the joys of the eight year old mind.
Posted by Julie