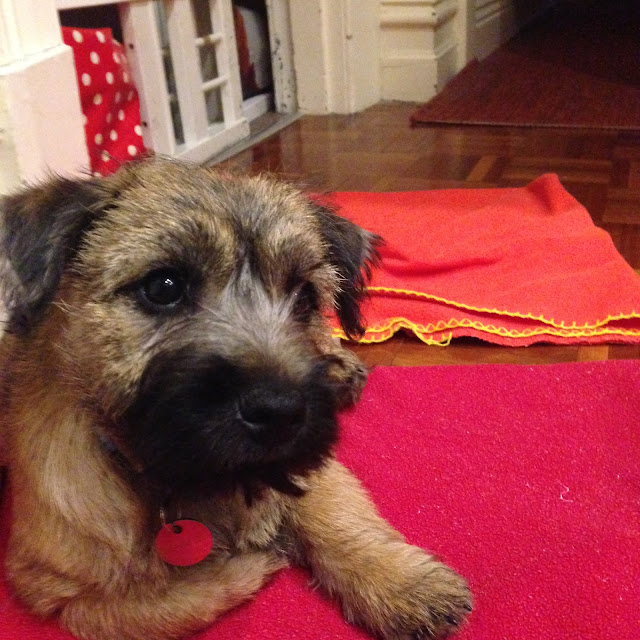 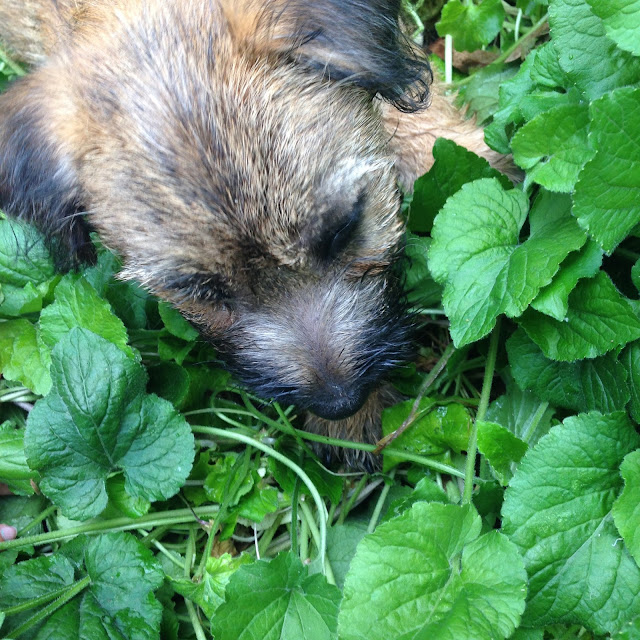 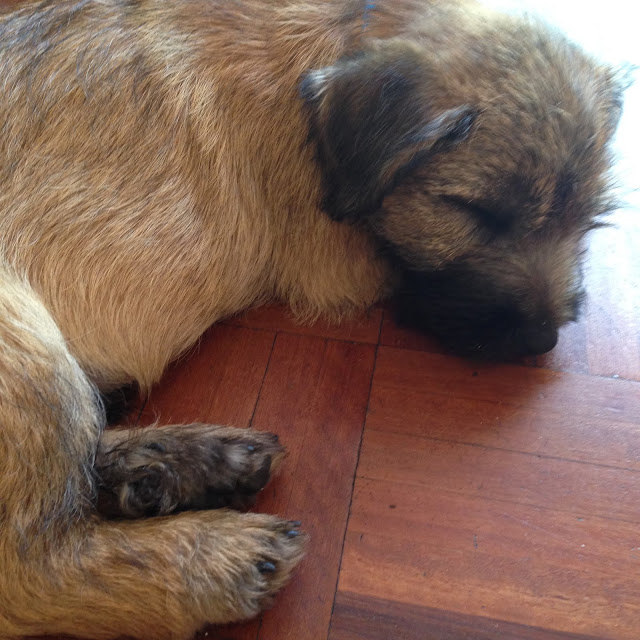 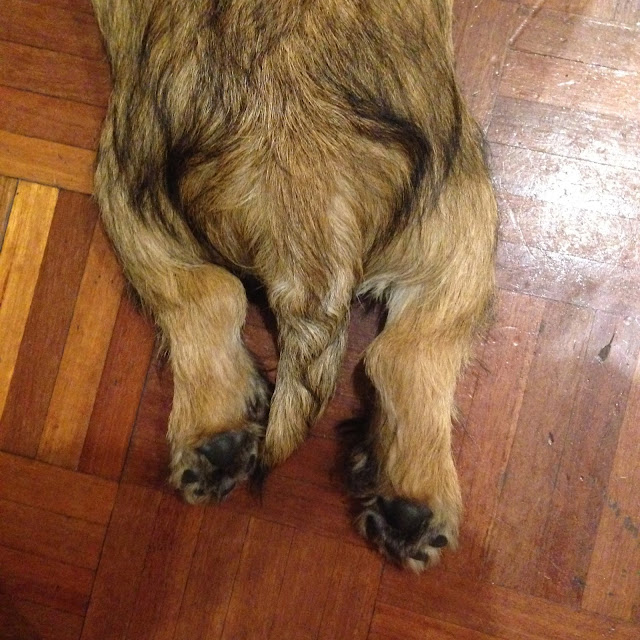 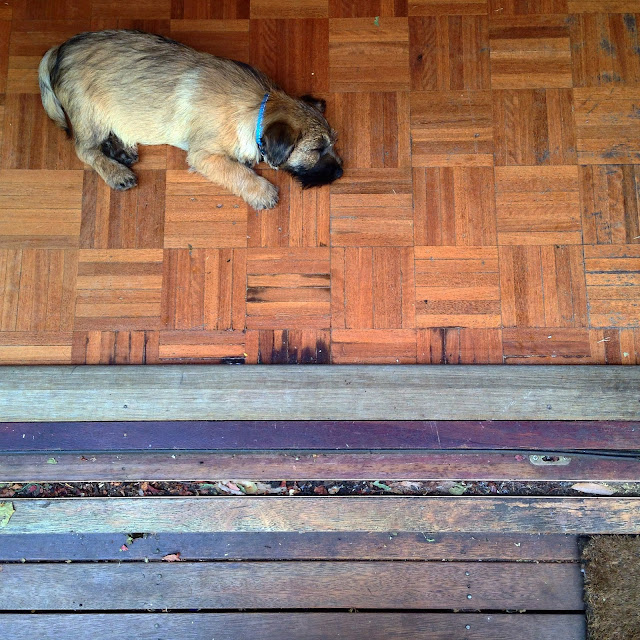 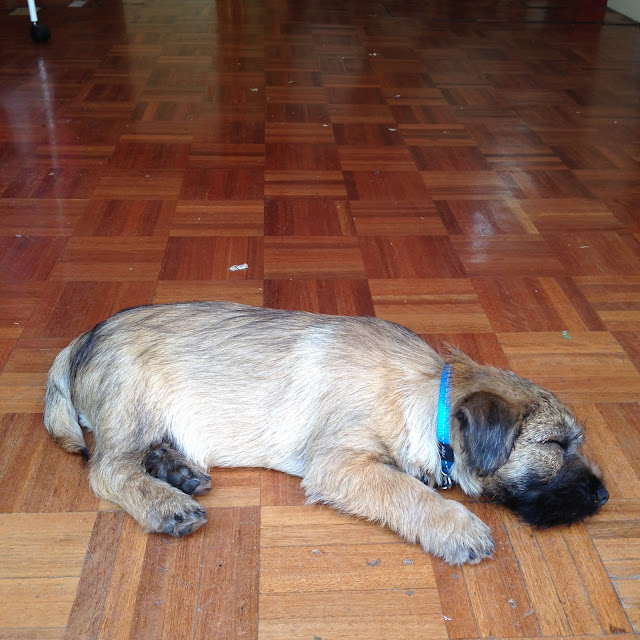 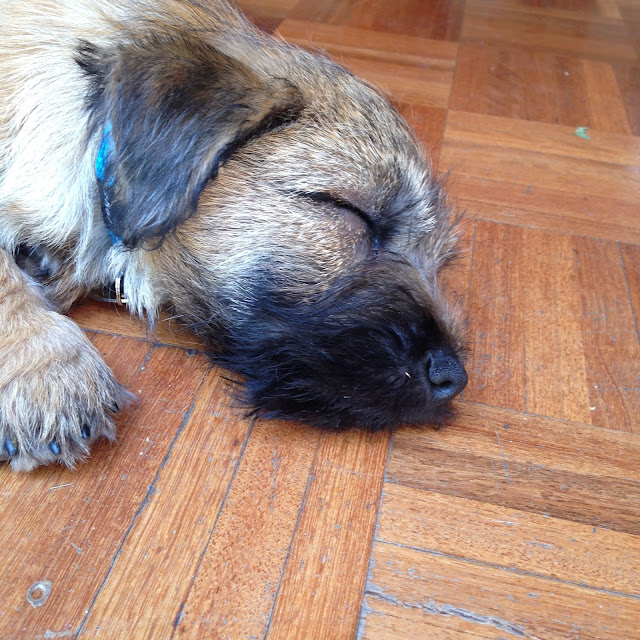 I couldn't help thinking of that Michael Leunig cartoon - Awful Aspects of Spring - The new dog digs up the old dog when I was putting up this post. Our dear old Cairn terrier, Pablo went missing one July day last year when our rear roller door malfunctioned and he (presumably) went wandering out. He was microchipped and had a collar, and we weren't too worried for the first few days - he'd gone missing before and had always turned up nearby.

But this time he didn't turn up and after endless calls and visits to the Lost Dogs Home and other animal shelters we slowly started to realise that he wasn't coming back. It was a very sad end to a very long relationship. Craig and I got Pablo and Winnie about 17 years ago when they were just little puppies and we had no children and a tiny courtyard in North Melbourne.  To not be able to say farewell and see him off seemed a bit unfair.  Pablo, by the time he went missing, had lost both his eyes and was mostly deaf, but was still a happy, fairly frisky little fella. At some point around the 15 year mark, he and Winnie had had a major falling out. She'd kicked him out of the communal kennel and exiled him to his own basket. But in the months before he went there appeared to have been rapprochement.  He was allowed back into the kennel, and they shared the basket, and seemed to be settling into a quite old age together.  I can't figure out what could have happened to him.  Surely no one would just keep such an aged and clearly loved beast? And yet there were no reports to the council of dogs killed in our area and its hard to imagine he would have gone terribly far being completely blind.

Anyway, after a suitable period of mourning, we started to talk about the possibility of a new dog.  On the one hand, we weren't sure if now-seventeen-year-old Winnie would cope - she has only 3 teeth left, she's entirely deaf, mostly blind and intermittently incontinent.  On the other, she just keeps on keeping on, despite all of the above.

So - meet Basil.  He's adorable and we love him.  Winnie is not so sure.  He's a bit boisterous and he's twigged to the fact that she can't actually do much beyond make threatening noises.  So he jumps all over her and tries to play and she closes her eyes in resignation.  Poor old Winne.  Dear young Basil.