At the Bottom of the Garden 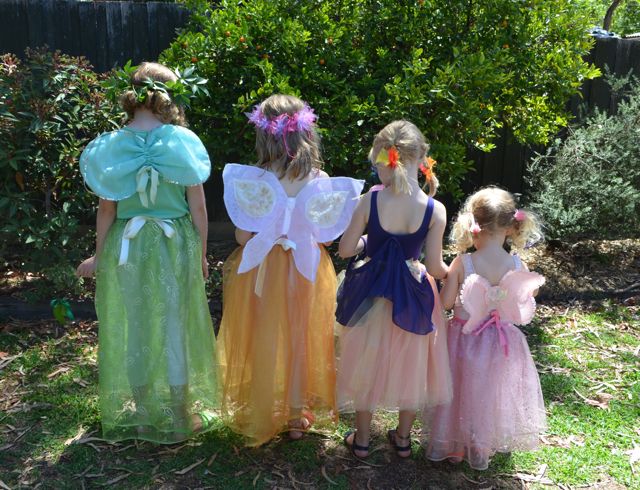 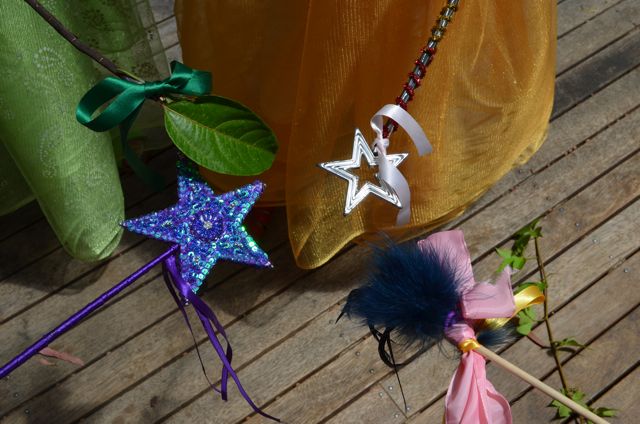 Lily was invited to her friend Yvette's third birthday party.  Yvette is also the youngest of four, though in her case her older siblings are all boys.  Her mother and I were once neighbours, when we were both young and inexperienced in the parenting game.  We still catch up once a week whilst our elder children have piano lessons and our younger children wreak minor havoc and play in the street like kids did thirty years ago.

She asked my elder girls to be fairy helpers at the party, which they were pretty chuffed about, even though it meant wearing costumes which, when you are heading toward ten, has the potential to be a bit embarrassing.  I whipped up three very quick tutus with some fabric from the bargain table at GJ's. At $2 a metre I couldn't go wrong and all three took me about an hour (Grace's tutu I made a while back).    The girls decided they were (in order of height); the garden fairy; the sunrise fairy; the bird of paradise fairy and the rosebud loveheart fairy.

Almost against my better judgement I felt a little pang at the sight of them all dressed up.  There will not be too many more occasions, I suppose, when I find four fairies at the bottom of the garden.
Posted by Julie