Owls and other cliches

Grace requested a craft party to celebrate her fifth birthday.
It was more challenging that I had thought. On the one hand, the crafting had to be easy enough for four and five year olds to manage and on the other hand I didn't just want to recreate the sort of cutting/pasting/collaging they do all the time at kinder. 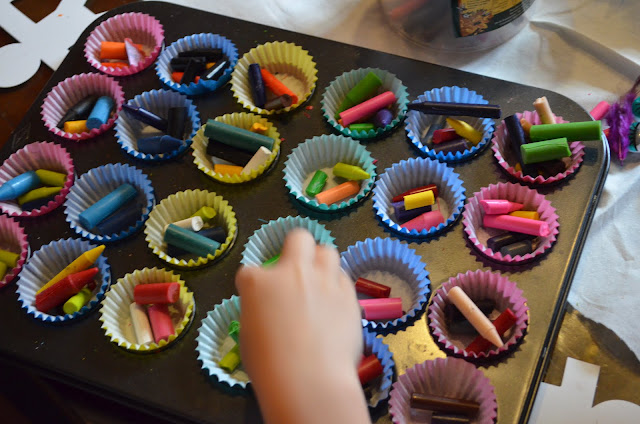 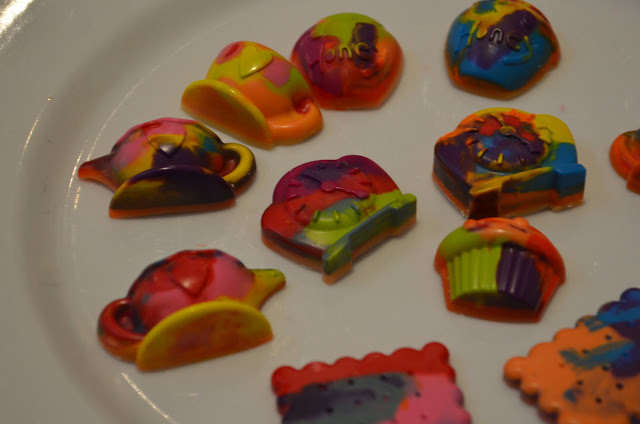 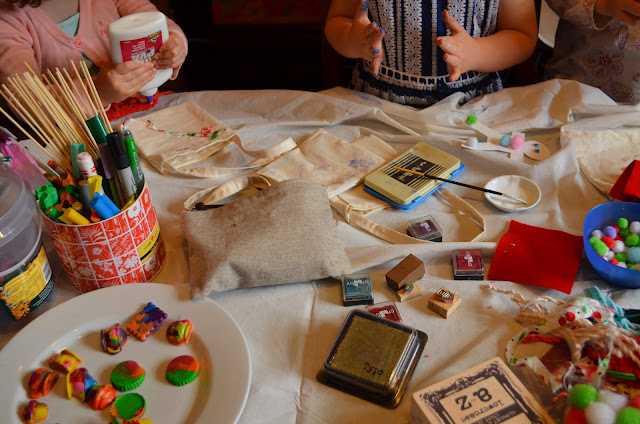 We decorated little calico bags which I had sewn up, made clothes for paper people and created rock creatures. 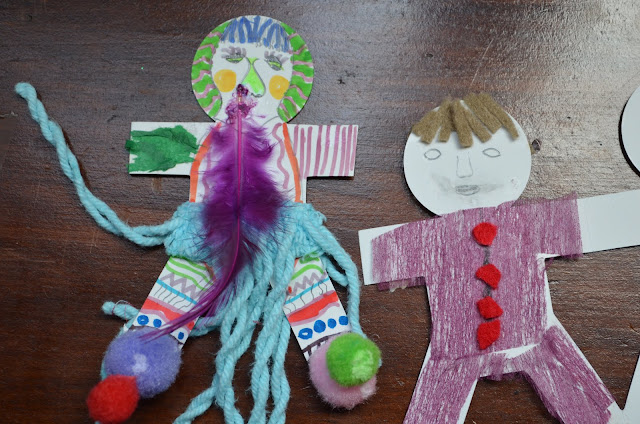 Some kids like to go all out with the decoration, 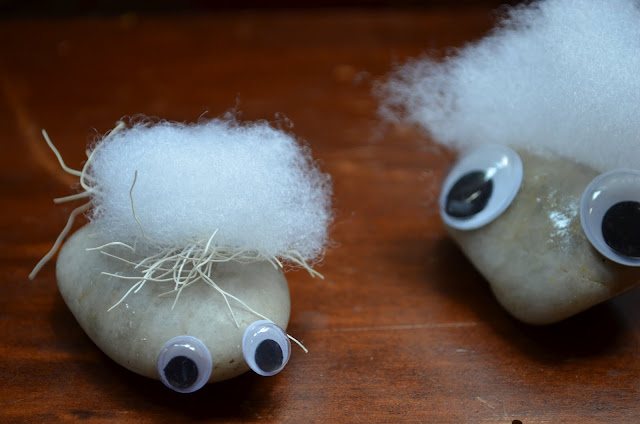 Some prefer a more minimalist approach. 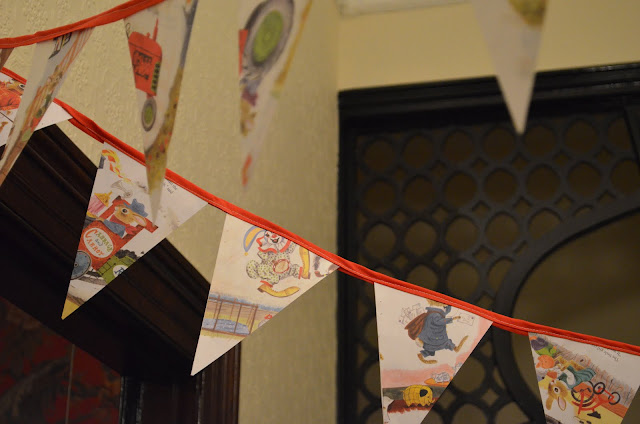 As it was a 'crafty party' I included as many crafty cliches as I could. Pennant bunting!  Made out of cut up old Golden Books! 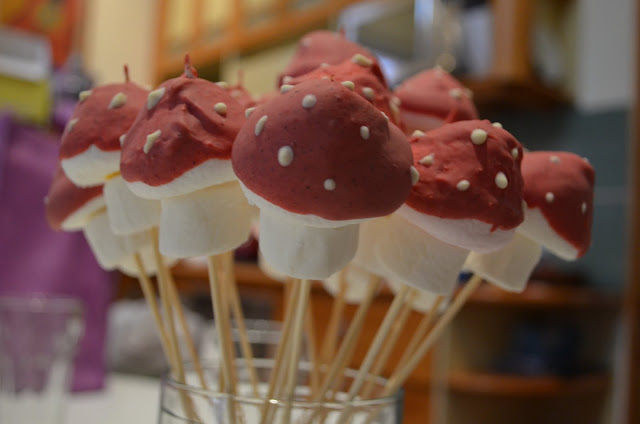 Toadstools! (I'd love to know how you get the chocolate to stay shiny) 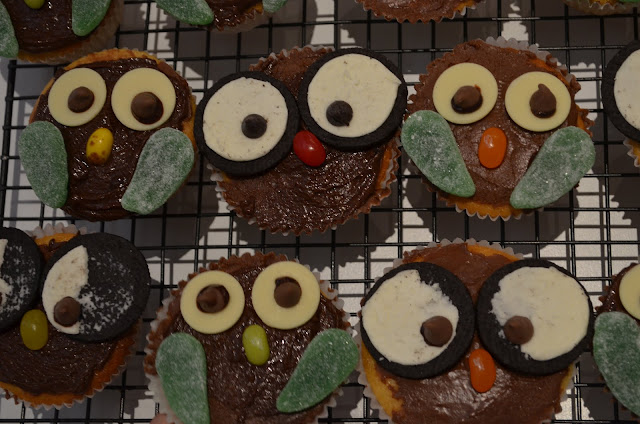 A couple of things made this party run very smoothly: