The Best Book You Have Ever Seen ! 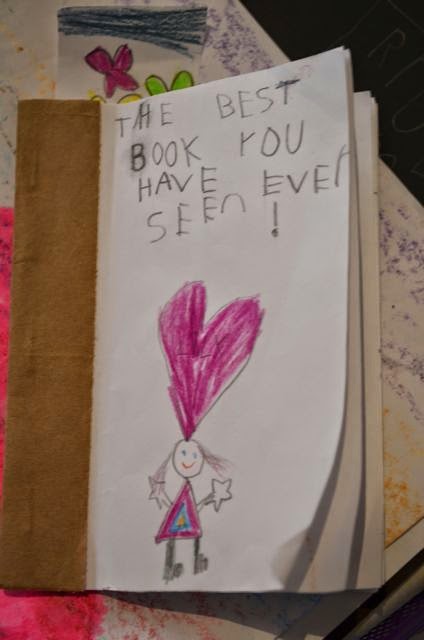 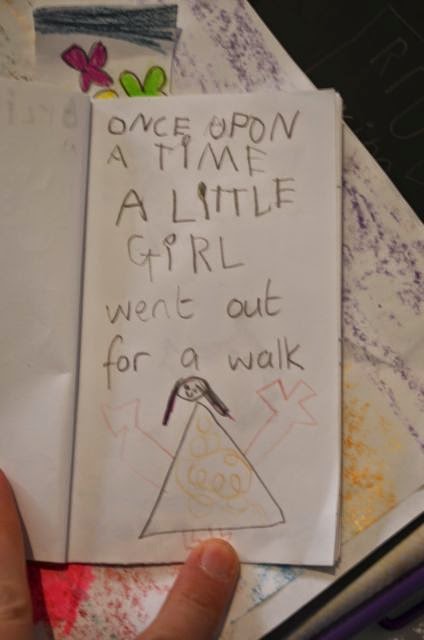 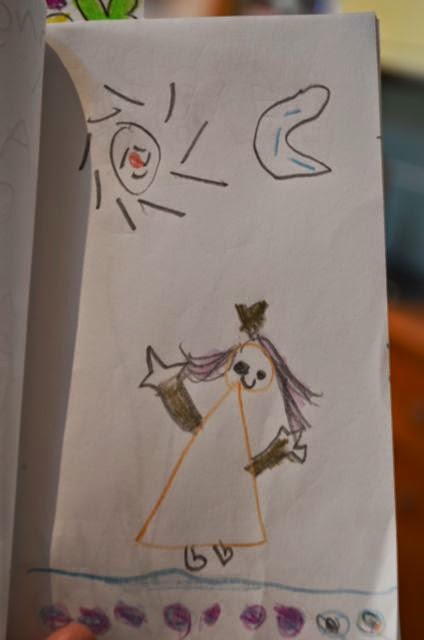 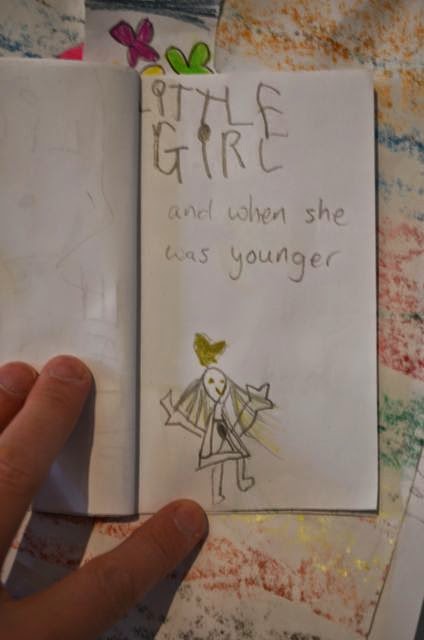 Lily was so proud of this a few weeks back when she made it.  Already it has slipped into the never-ending pile of stuff that accumulates around this house.  It may be in the recycling by now, I find it hard to keep track.

She gets cross quite a lot when she is making something and needs help and I get it wrong.  When I don't interpret her demands request correctly there are tears and anger.  She is fond of the word 'idiot' said with a scary contempt.  It can be frustrating being a four year old and equally frustrating dealing with a four year old and I've never been the most patient person.  Collaboration with Lily is a nervewracking experience.

I remember when the older girls were younger and they would decide that they wanted to 'surprise' me. I always dreaded those surprises because something, surely, would happen that would result in sobbing tears.  The surprise might be that they were getting dressed by themselves, but then I would unwittingly 'see' them before they were ready.  Or they could never agree on the moment when the surprise would be revealed and it would drag on and on until the sobbing tears began.  Perhaps it was just the build up of anticipation finding an inevitable outlet.  You learn these things, as a parent, don't you? How to avoid the situations that spells disaster, how to circumvent the tears and move right along.  But then, being a parent and feeling like I've seen this movie a million times already and know the ending all too well, means that sometimes I move right along to avoid something that was not, in fact, in the offing.  Sometimes I incorrectly anticipate a disaster and, in doing so, provoke the very thing I was hoping to avoid.  There is surely nothing quite so irritating to a young person that an adult predicting tears at the very moment when everything is so truly wonderful that tears seem an impossibility.

Helping Lily with this little book was like that.  She said she wanted me to write 'and when she was younger' even though I was fairly sure what she actually meant was 'when she was younger' without the 'and'.  I strongly suspected that once I had written it, I would be condemned for doing exactly as she asked but I held my tongue and wrote it.  And when she realised what it said, she didn't bat an eyelid.  It was exactly how she wanted it.
Posted by Julie