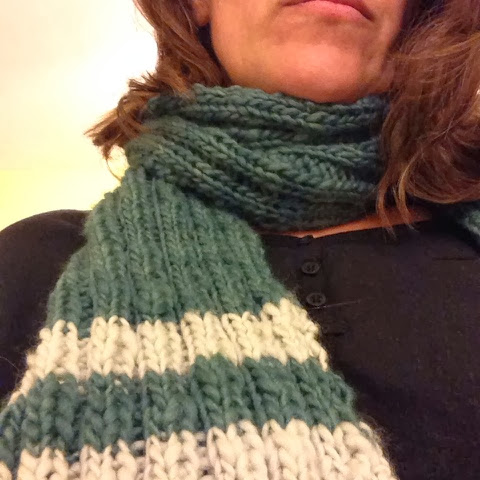 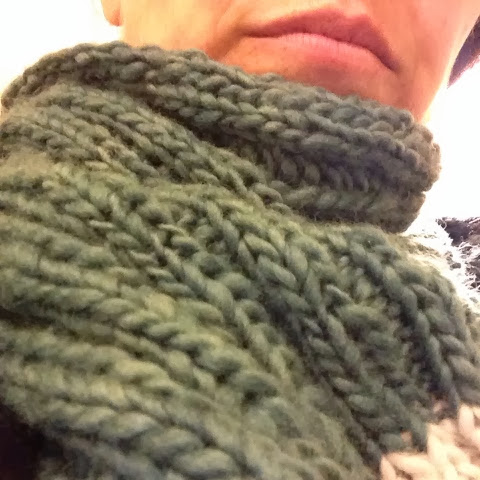 When it comes to knitting, I am really clueless. I don't get how it works. I don't have that sort of intrinsic understanding of the process that I suspect the true knitter requires. I can follow a pattern and I can get by with the basics. When I first knit something on circular needles I thought it might be the start of a whole new things for me. A thing in which I got knitting. But no, I've just stagnated.

I read quite a lot of knitting blogs and I have watched more than one youtube video but I still don't understand how it works. I can't correct a mistake very well, I am pretty hopeless at picking up stitches because I struggle to work out what the hell the yarn is doing. I cannot understand how people can write knitting patterns. I cannot understand how people can alter knitting patterns. Without a picture of what a pattern looks like I would have absolutely no clue at all. And instructions in patterns are quite often confusing to me because I don't really know where I am heading.

Is it simply time and practice? Will it one day click? Or is it a brain wiring thing? I really love knitting and I really wanted to finish this scarf, the first thing I have ever knit for myself (nb. Craig queries whether it should be 'the first thing I have ever knitted for myself. I feel that knit can happily work as past tense but I am open to adjudication from grammar enthusiasts).  In fact I so wanted to get it finished (partly because I actually need it - I managed to leave my scarf in Santa Monica and it's bloody cold here) that I stayed up late to get it done, which involved watching 6 out of order episodes of 'Will and Grace'. Initially Grace was pregnant, and Will was in love with a cop. Then Grace wasn't pregnant and Will was in love with a Canadian photographer. Then Grace married the Canadian photographer so that he could stay in the US. Then Will had broken up with the cop but Grace wasn't pregnant so I think that this before the photographer. I could have changed the station, but honestly, we have about fifty billion channels to choose from and I can almost never find anything to watch. Anyway, I stayed up late and finished it - it is a completely plain rib knit in a lovely wool by Manos called Spruce.   I had planned stripes but then decided against them, so ended up with just two, which I think look a bit crap and I probably should have left them out altogether. But anyway, I finished it and then I thought - should I block it? I've read about blocking but I don't know whether it's required for every knit, whether it would be required for this knit, or really how to do it at all. I only have a few pins here, not having brought any sewing kit with me. The pins come from a shirt that Craig bought which was pinned in no less than 12 places (!). So I damped down the scarf and pinned it with pins and, when they ran out, needles, to a couple of towels. Is this appropriate? By the next morning it had mostly dried and was definitely wider and more open than before. I whacked it, still pinned to the towel, onto the hydronic heater (a gentle heat but still - appropriate? Or wildly inappropriate?) and now I've worn it and it is lovely and soft and I like the colour (sans stripes) a lot. But I remain clueless.
Posted by Julie