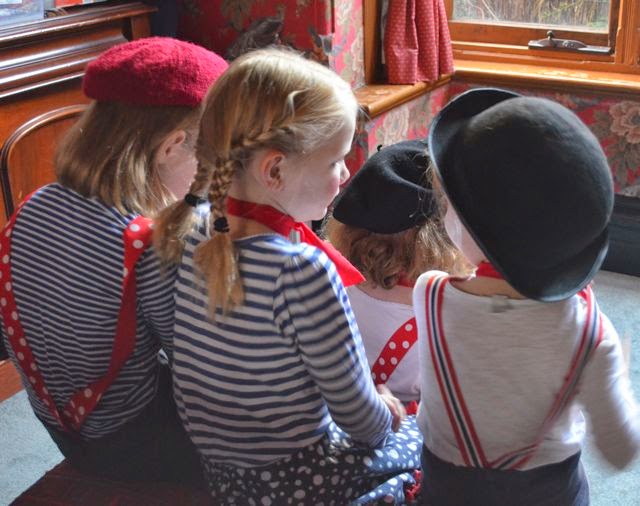 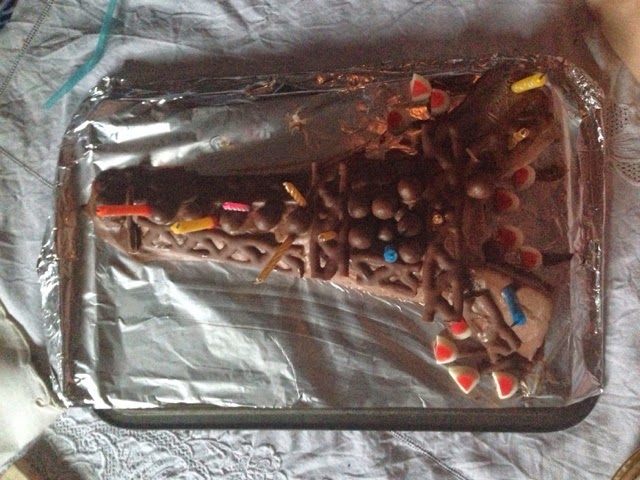 Ruby turned eleven last month, but her birthday was during the school holidays and we didn't get ourselves organised until this past weekend to have a party.  Unwittingly I organised it on Mother's Day, but I like to think that I gave the other mothers the gift of a few hours alone while their off-spring pretended to be in Paris for the afternoon.

Ruby has long had a fascination for Paris.  I rashly promised to take her when she is sixteen and that won't be a terribly painful promise to keep.  I turned 18 in Paris and that is the last time I was there, sitting on the steps of Sacre Coeur, trying to smoke, trying to be cool, with my glamourous friend Susan who had moved there to study, and feeling like anything was possible.  Hard to believe that was 25 years ago.

Anyway, her party was 'afternoon tea at the Cafe de Paris'.  We had macarons and eclairs and 'champagne' and petit fours, as well as party pies and cocktail franks and entirely un-French party games, such as the new-to-me 'chubby bunny' (look it up, it is most decidedly not sophisticated), pin the mouth on the Mona Lisa and a blindfolded makeover which produced some hilarious results.  There is nothing quite like the excitement generated by a group of ten and eleven year old girls.

The cake was the now traditional ice-cream number, hastily decorated with curly wurly bars, maltesers and strawberry and cream 'flowers' at the base.  It didn't look all that flash but it tasted delicious.  And the really lovely thing about kids this age is that they are old enough to appreciate the effort involved and young enough to still be thrilled by the lollies.

I was especially pleased at the costumes we managed to rustle up out of existing clothes and a bit of ribbon I already had.  We only had one beret which went to Ruby, but an old bowler hat, french braids and a moustache gave a frenchish air to the others.   Lily went as a mime.  Perhaps it was the mask of face paint, perhaps it was because she was meant to be silent, but she was suprisingly chatty and confident, playing all the games and even holding hands with some of the guests - very unusual for our Lil, master of the baleful stare, the dirty look and the pouty lip.

I'm getting these birthday parties down pat now.  I'm learning where it pays to expend energy (orgnise the games and activities, have yummy fod that will get eaten) and where it doesn't (decorations, fancily decorated cakes).  Even given that Ruby and Nina shared a party for the first 7 years, I've still hosted 25 birthday parties, with another one this weekend.  I guess I should have figured a few things out.
Posted by Julie