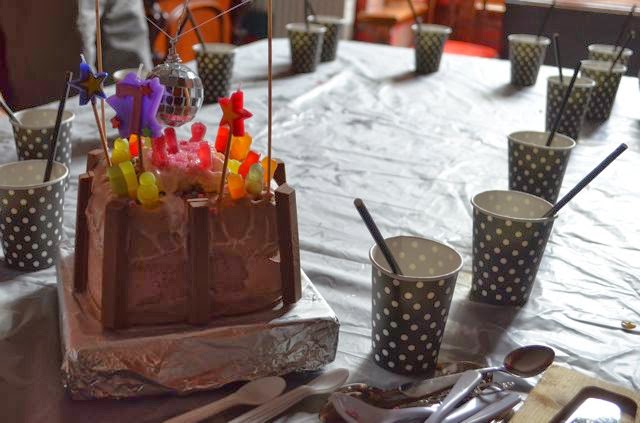 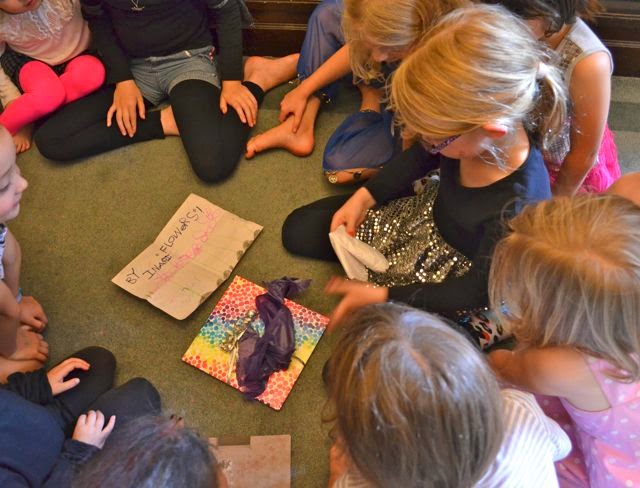 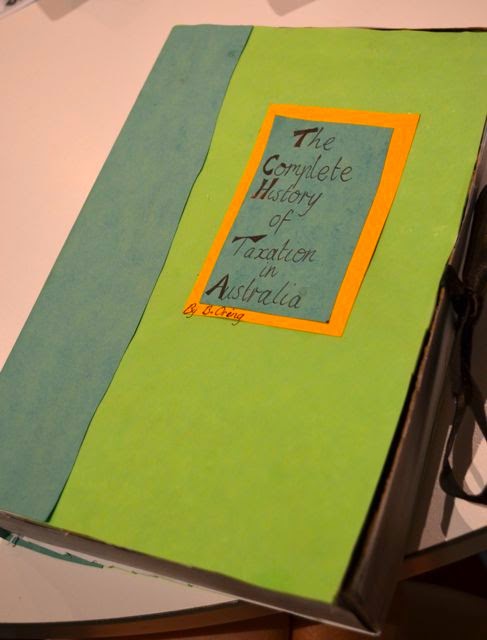 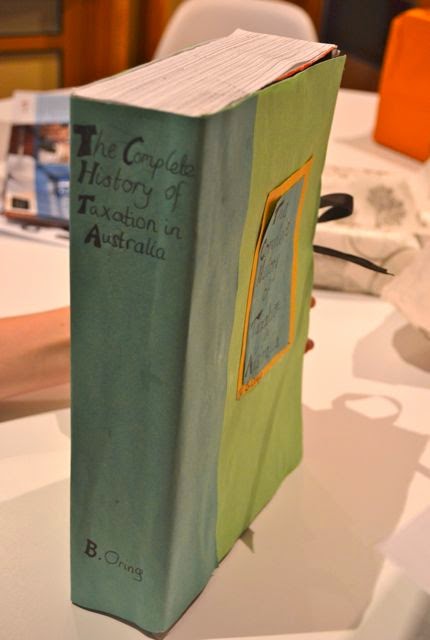 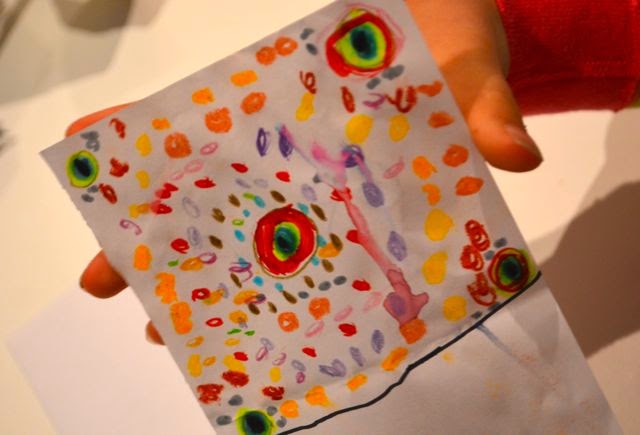 Ruby and Nina collaborated on Grace's present, making her a stone hedgehog and a special book to hide treasures in.  They asked me for a really dull book title that no one would to read and I gave them a few ideas, but they landed on the 'History of Taxation in Australia' by B.Oring (get it?).  It reminds me of a job interview I went to as a final year law student.  I knew where I wanted to work but wasn't sure I'd get offered 'articles', as they were then known, at the law firm of my choice, so I applied for various other firms, including one that specialised in taxation law.  The interview went along these lines: 'So I see that you haven't done tax law yet?' 'Uh, no.' 'You know that we are a taxation law specialist firm?' 'Uh yes'. 'Do you intend to do tax law?' 'Um no.' 'Well I strongly recommend you do tax law.'  Silence. We looked at each other, the interviewer and I.  We'd only been in the interview for about 5 minutes and he clearly didn't know what to do, so he gave me a tour of the library - a library in which, it was abundantly apparent to us both, I would never have the opportunity to work. When a respectable amount of time had passed, he hastily made his escape, leaving me to find my own way out.

Grace was delighted, which was good because it was a lot of work ruling all those straight lines to look like the pages of a book.  Lily did a colourful drawing of eyes? peacock feathers? a tree with leaves? None of us know, and she changes her mind frequently.

Grace had settled on a disco party, so I did my now traditional 5 minute icecream cake (gotta work fast before the icecream melts).  I have learned that hours labouring over amazing cakes is not time well spent.  Chuck some lollies and sprinkles on it and watch it get wolfed down in minutes.

Grace had a sparkly skirt and a tinsel wig which she abandoned after a few dances as it was making her head hot.  Her friends danced shyly at first and then with increasing abandon until it couldn't really be called dancing - more leaping on each other in a display reminiscent of a 'stacks on'.  We did the limbo and played muscial chairs and danced like our favourite animals and then had honey joys and lemon slice and cocktail franks and all the traditional party food (but not chocolate crackles which I cannot abide).  Grace opened her presents, we danced some more, had the cake and the party was over.

Grace at seven is such a pleasure.  She remains enthusiastic, generally happy, sweet and just the slightest bit vague.