For the past two years the girls have been planning to have an 'Art Exhibition'.  Inspired by the wonderful Kim, each holidays they have done a bit more work and carefully set it aside in their 'exhibition portfolio'.  I wasn't sure that the exhibition itself would ever eventuate and wasn't all that fussed, to be honest, and then, in a flurry of activity, it suddenly did. 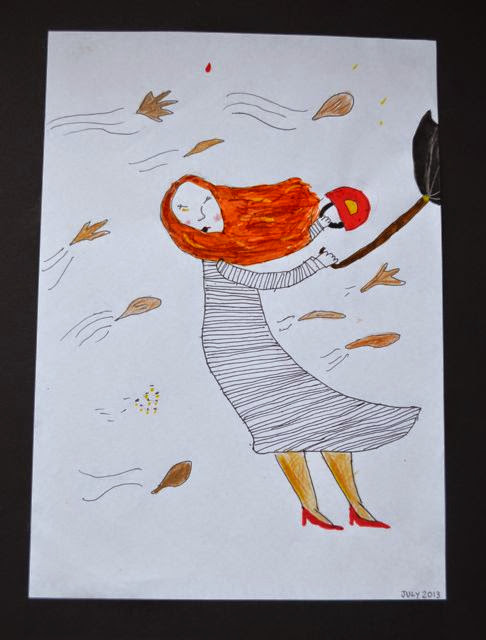 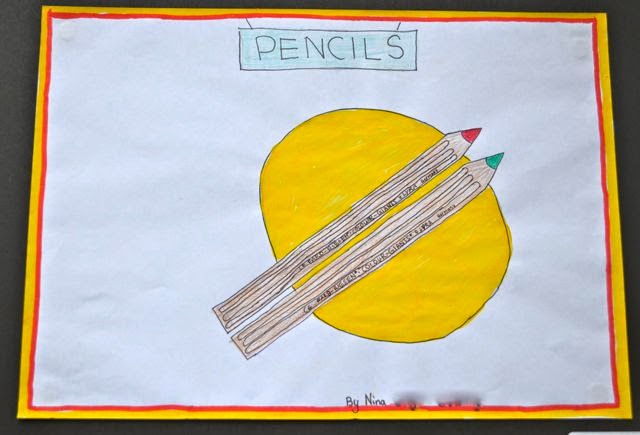 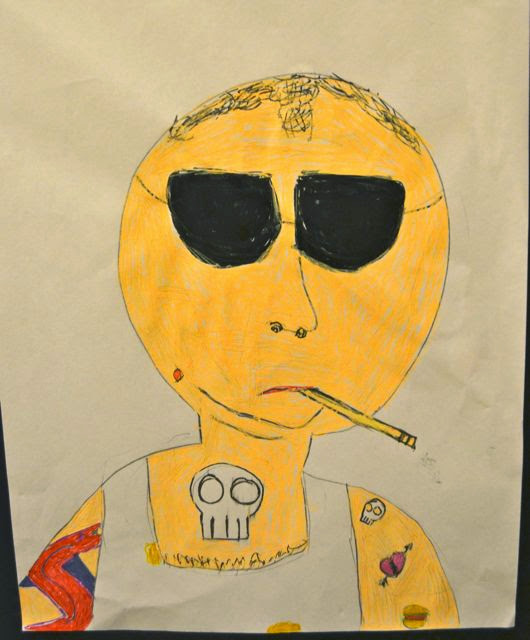 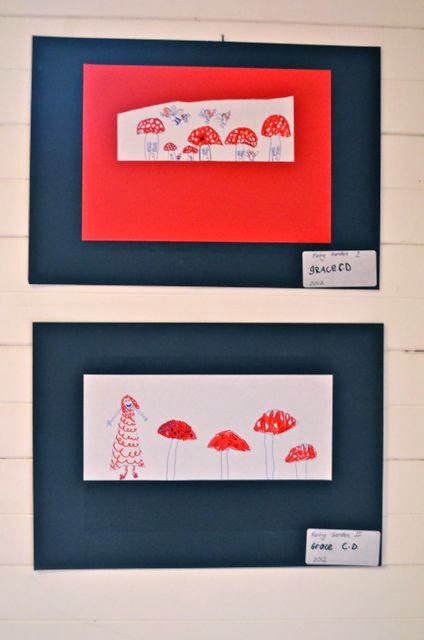 Fairy Garden I and II by Grace, amongst many others. 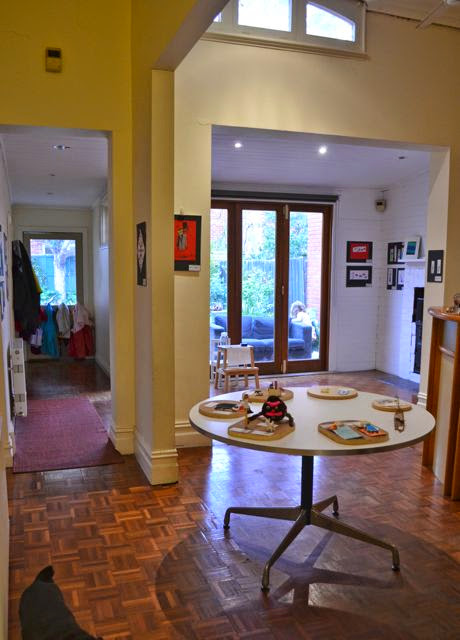 The house was transformed into a gallery, 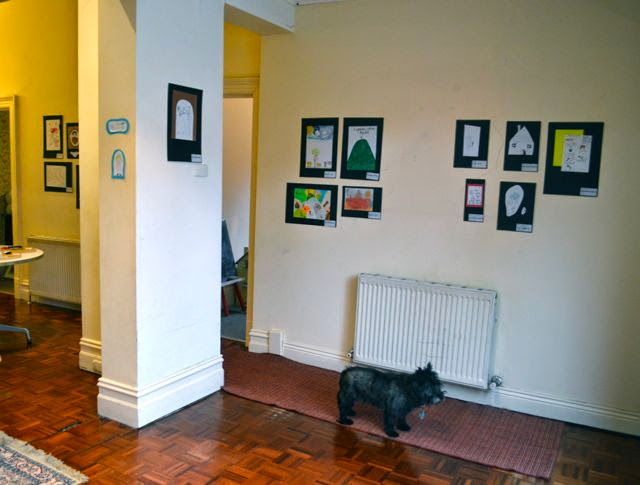 Nothing like taking the furniture and paintings out to show you how filthy your walls are.... 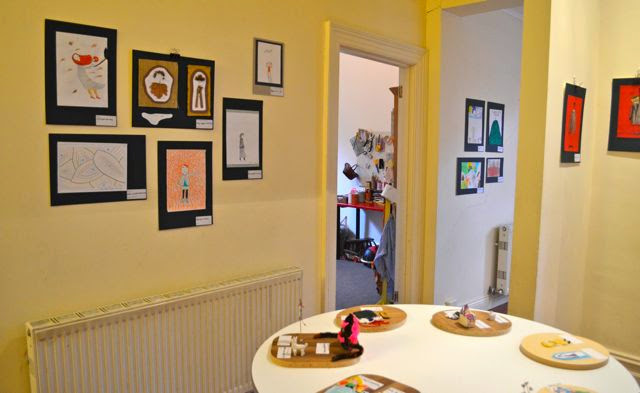 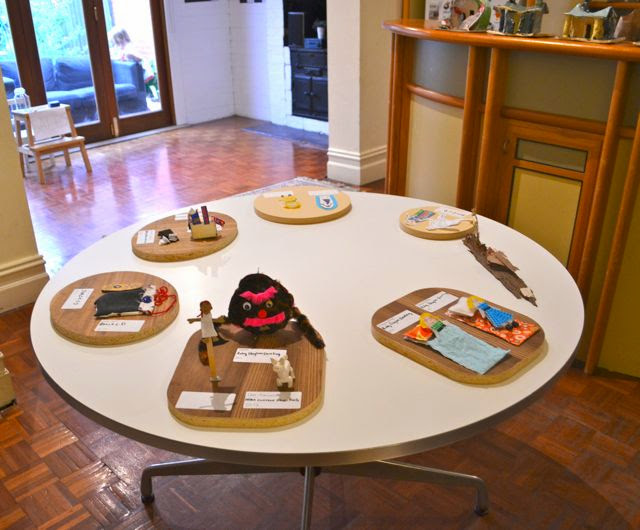 It was a mixed media show; 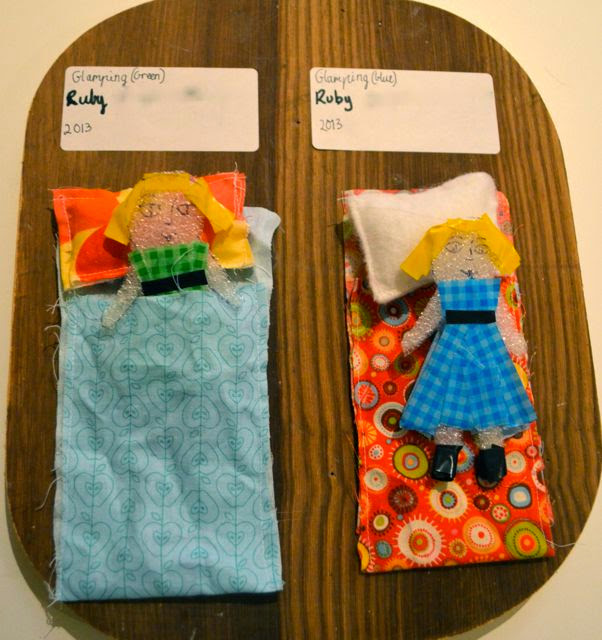 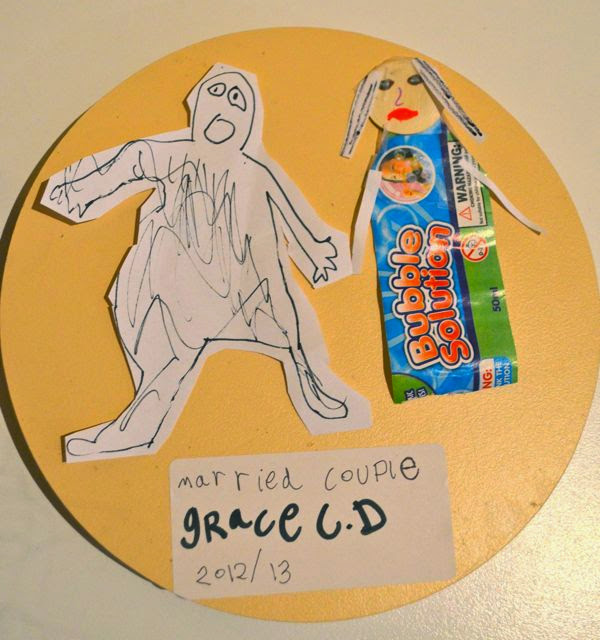 Not sure what this says about Grace's idea of marriage.... 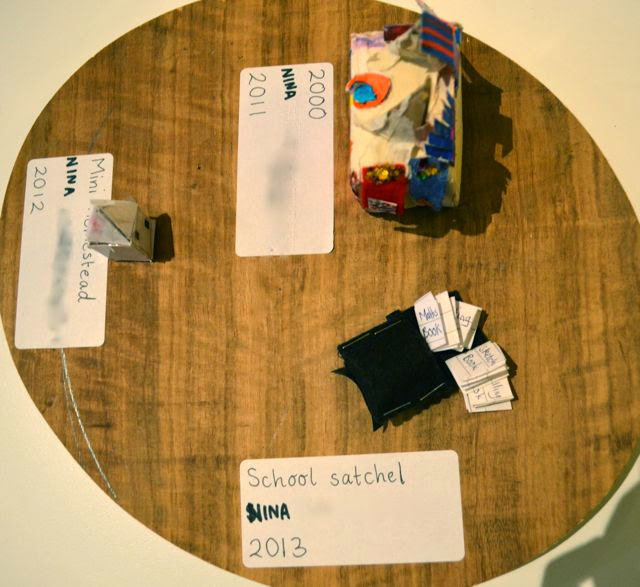 There were some tiny things, old and new, from Nina 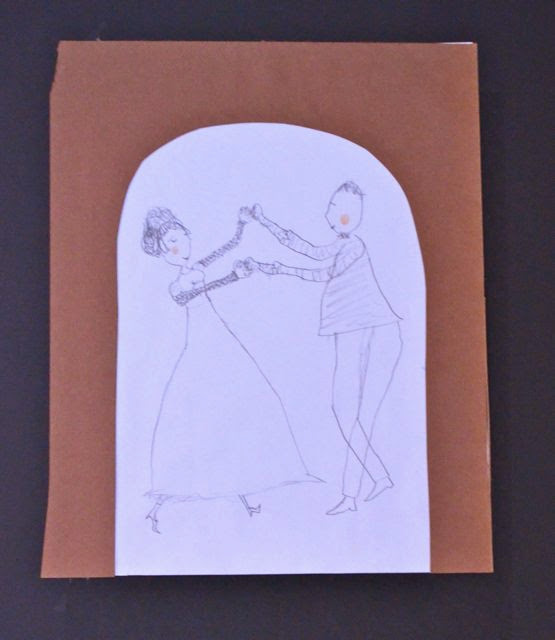 Some old favourites given a new look; 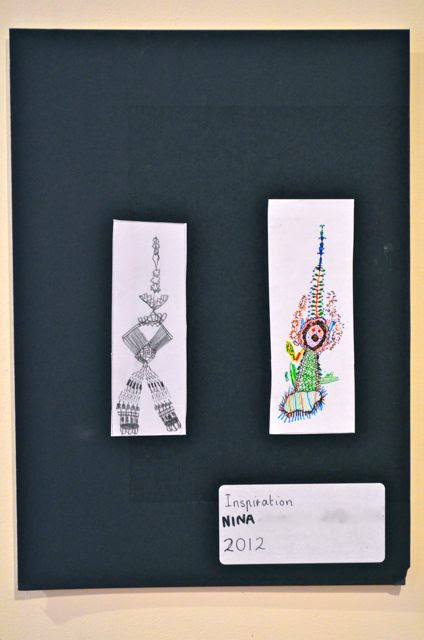 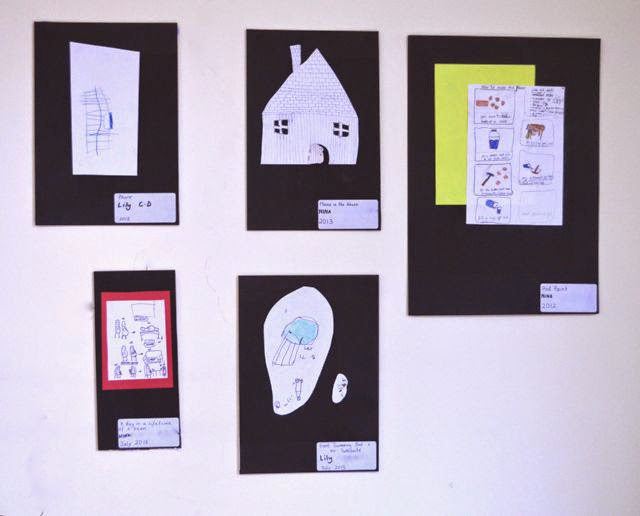 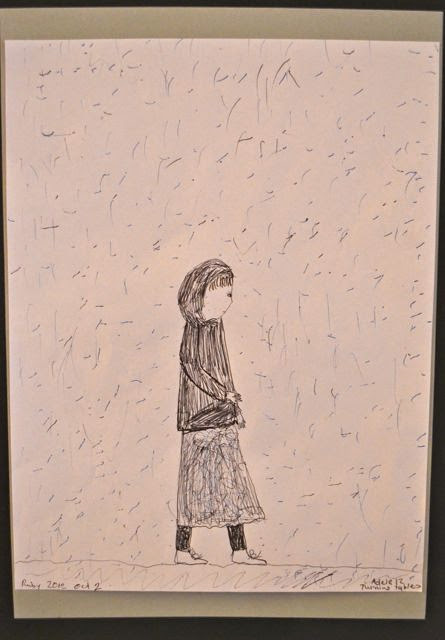 And, most importantly, there were friends, family and neighbours, who came along, purchased works
(37 sold) and raised $268 for a very worthy cause. 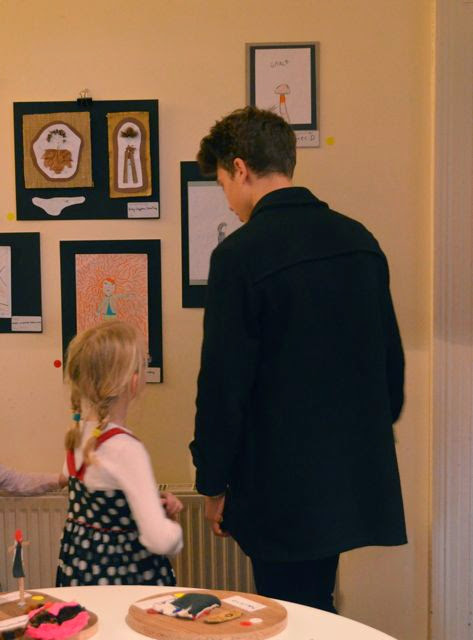 I had next to nothing to do with the whole thing.  It was organised entirely by Kim and the girls, even down to the baking of the brownies and lemon slice.  My contribution was pretty much limited to birthing the children and distributing flyers.  It was such a great thing to do, and also really valuable for the girls to see how much hard work goes into something like this.  Producing the actual art is the fun part.  The cutting, mounting, gluing, blu-tacking (onto walls), labelling and all the rest of the less interesting stuff is just as necessary.  I can't thank Kim enough  - for inspiring the girls, putting them onto Artists for Kid's Culture which is a cause close to their hearts, and putting in the hours of work to get it all together.  And to top it off, she brought all her family along to buy stuff.
Posted by Julie