It was a mostly wet weekend and I was reading various things and we watched a lot of Olympics, and had to ban anyone from singing the disturbingly catchy song on the ad for Swisse vitamins that plays every ad break, and also the annoying song advertising the 'new' big brother (really? I mean really?) and singing it involved forfeits like having to run round the house naked or making me a cup of tea, and I cooked a bit and we ate quite a lot but we all needed to get out, but it was freezing and wet out and so cozy and warm on the couch, with the fire going, but the kids were bickering and threatening 'I'm telling on you' and I was pretending not to hear, and Grace was getting quite teary as she has to wear an eye patch a couple of hours each day and it's hard, and games were starting but ending in arguments and I was thinking that I really should do something with these children, take matters in hand, help out here, but I was keeping on not doing that in favour of reading another chapter and the fighting and arguing was escalating and I was starting to feel really rather annoyed because I couldn't ignore it anymore and I was wondering at what point I would actually rise from the couch and whether I would be hale and hearty 'come on, shoes on, we're going for a walk' or firm and controlled 'right, you, to your room, you over on that couch, no DO NOT look at each other' or fearsome and loud 'you kids are driving me insane!!!' and whilst I was pondering this, worm gamble happened. 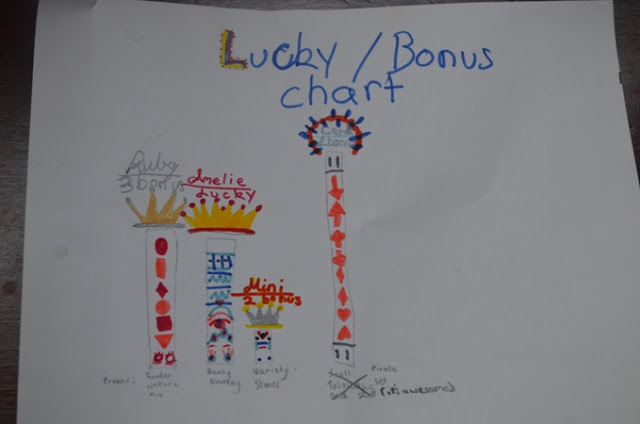 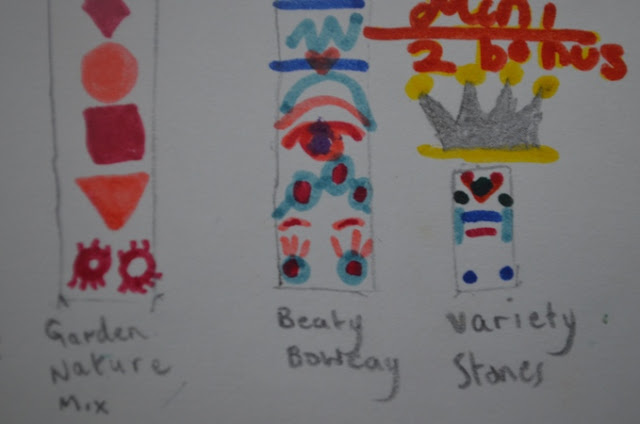 It began with Ruby drawing something which she decided was a worm. She drew a worm and Nina got a box and cut a hole in it. And then more worms were drawn and the box seemed like a good box for a lucky dip. If there was a lucky dip, there must be prizes. And if there are prizes there must be players. And if there are players there must be a wager. Five cents a go, pick a worm, any worm. If your worm matches a 'lucky', win a prize. A chart must be drawn, to indicate the 'luckys' and the corresponding prize. The prizes are pretty good, I was assured, you won't be disappointed. 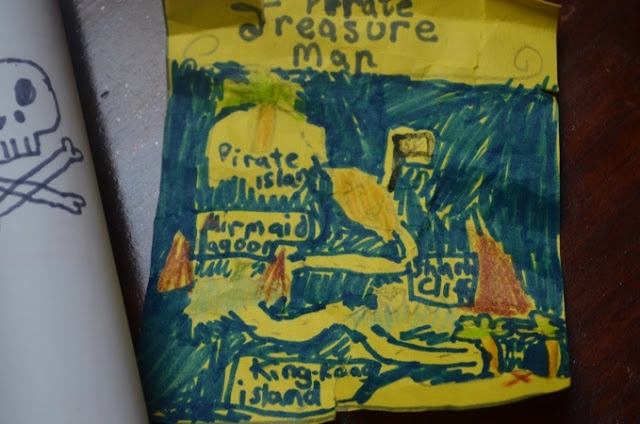 The stages of boredom, in our house anyway, tend to go like this:


Any one of these things can happen on its own (I wouldn't like you to think that every bit of creativity is preceded by all the above, or that every bicker and whinge results in a productive output), but when it is a time consuming, and complex effort, it's usually a by-product of boredom. Often I baulk well before we even get to sulks, but if I can resist interfering, resist offering solutions or suggestions, then sometimes something happens that seems to me the very distillation of childhood. All my 'creative' efforts are derivative dross, really, in comparison to the effortless originality of a child's most banal imaginings.
Posted by Julie